Quantum Computers… Are They Here or Not? 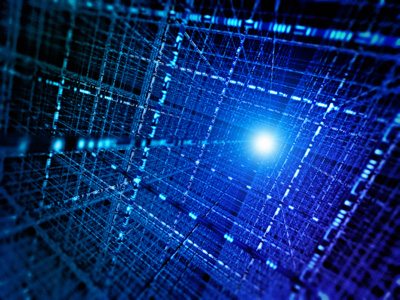 Silicon chips have ruled computing since the last big innovation of computers and have been steadily getting better and better, faster and faster. But that could all change with the realisation that quantum computers could soon become a thing of reality rather than fiction.

All computing is maths at its core, be it simple equations in your excel spreadsheets or flying a jet in the latest video game. Computers solve this in a logical sense with a little knowledge, so 1 + 1 = 2, and so a computer can figure out from this and a bit more that 2+ 1 is three and four and so on and so fourth. The reason computers seem so smart is because they are able to do this so fast that they appear to be making smart decisions instead of trying out simple maths time and time again. Quantum computing is a little different, rather than trying to find out what x is in 2x-1 = y where y = 3x *2 step by step a quantum computer would be able to run several calculations at the same time. This means that the computer you used today featuring the latest and greatest processor would be at a snails pace in comparison to the very first quantum computer, with the quantum processor being able to calculate and answer several complex maths problems almost instantaneously.

This would mean that even the most basic quantum computer could crack modern encryption protocols and break into any modern-day system with ease while also creating a new level of security that would be nearly indestructible to outside access. With this in mind, countries, as well as companies, are funding and developing everything they can in regards to quantum computing, such as Cambridge researchers announcing that they had created the first quantum computing operating system (using a simulation of a quantum computer).

Quantum computing uses the spin of special atoms, named qubits. However, even measuring the qubits could also potentially change what they are actually doing, meaning that even measuring them is a potential challenge. Add to this the problem that we as a species often follow things in an order. Think of the last time you had to build a piece of furniture, quite often the instructions they come with are done step by step, now imagine that all those instructions were put into a single image, with every action being done in the same second. Now imagine not only writing those instructions but trying to put together that desk in a single split second; little difficult to imagine isn’t it?

Thank you IBTimes and MSN for providing us with this information.