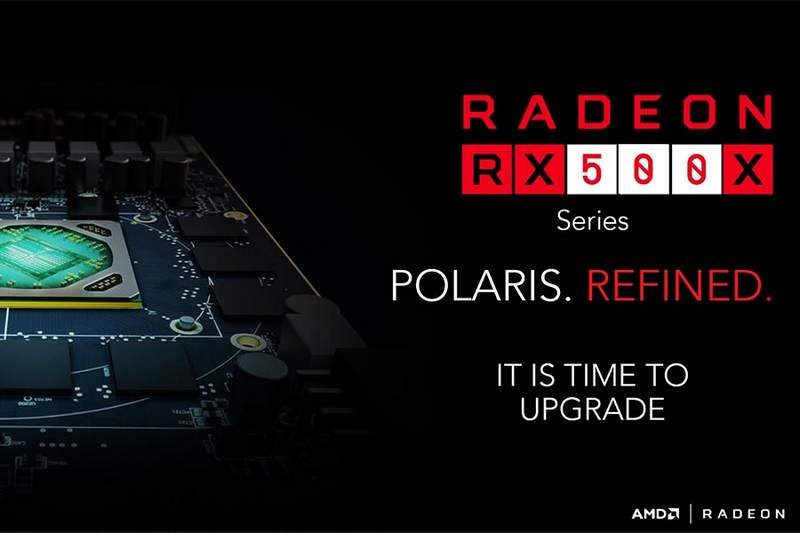 Refresh of a Refresh Incoming

A new line of Radeon graphics card appears to be heading out soon called the RX500X series. In fact, they already have a placeholder page on the AMD website, although the actual details of the listing is not available yet. Normally if you type a URL that is not in the index on AMD’s website you will simply get a blank page for the 404 error. (If you type in ‘RX 600’ for example). However, the RX500X webpage results show that the product is on the index, but not displayed. A screenshot of the site uncovered by 3DCenter.org recently, seen below.

What Can Users Expect From The RX500X Series?

As AMD fans know, the RX500 series is actually a refresh of the RX400 series. So that makes the RX500X a refresh of a refresh. The flagship Polaris 10 GPU on these cards feature 2304 Stream Processors with 256-Bit GDDR5 memory. The 500-series refresh improved performance by 5~7%, and the improved silicon should provide a few more single digit performance percentage improvements.

Further digging on the source code page of the 500X series website by 3DCenter.org reveals some GPUs for the lineup. This includes not just the flagship RX580X, but the Radeon RX 540X, 550X, 560X, and 570X as well.

LaptopMedia was actually the first to spot the RX560X last month, as seen on an upcoming Acer Nitro 5 laptop. Although they initially believed it to be an upgrade to the RX560M, using Polaris 11 GPU with 1024 Shader Units. However, it has a higher clock speed boosted to 1275 MHz, which is 73 MHz higher than the RX560M.

AMD has yet to announce any new cards coming in the horizon, so it is not clear when or if these are coming out soon.