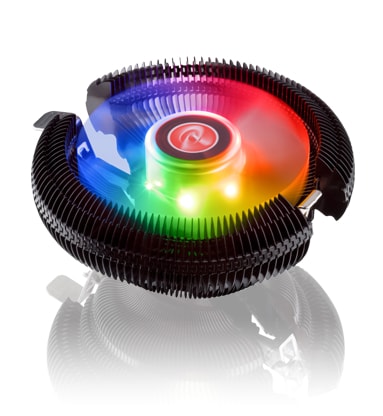 Following the heels of the LETO RGB heatsink announcement, Raijintek is launching another CPU cooler. This time it is the Juno X, a downward blowing low-profile heatsink with built-in fan. This makes it ideal for HTPC and small form-factor setups.

Unlike other coolers with a boxy design, the Juno X is radial. In fact, it is reminiscent of Zalman’s CNPS series from many years ago. However, it is not made of copper, but the aluminium base extends to two fin arrays to the side. It measures 113 × 113mm, with the 92mm fan integrated on the heatsink. This allows the heatsink fan assembly to stand at only 58mm tall. 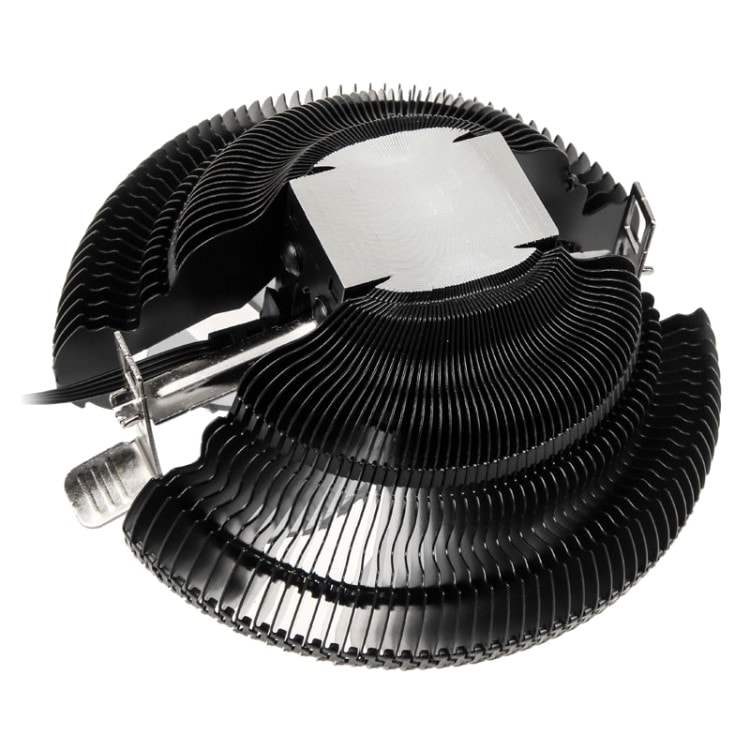 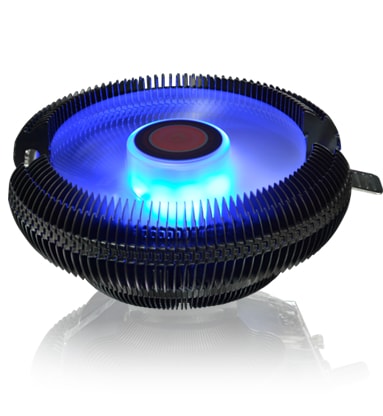 Raijintek offers the Juno X either with an RGB LED fan or with a single-color, red, blue, green LED and no-color version. The RGB version has a shorter RPM ceiling of only up to 2000 PRM. Meanwhile, the single-color LED version has an RPM range of 1200~2500 RPM. All Juno X versions use a hydraulic bearing PWM fan however. So users can control the noise level automatically.

These CPU coolers are extremely affordable. In fact the non-color or single-color versions are only £7.99 via Overclockers.co.uk. The RGB version on the other hand, costs for slightly more at £11.99.