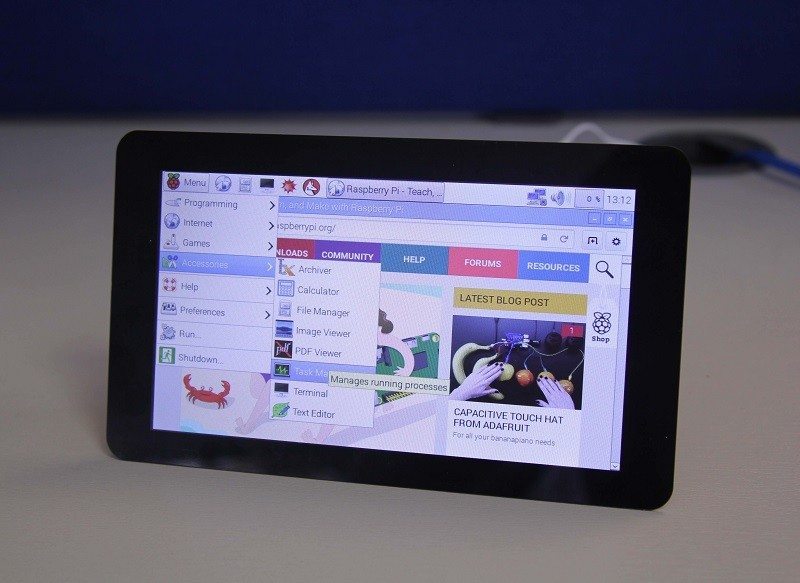 After two years of development, the official Raspberry Pi touch display has been released today. The Raspberry Pi Foundation has commissioned Inelco Hunter to produce the screen, which boasts an RGB 800×480 display at 60fps, 24-bit colour, FT5406 10 point capacitive touchscreen, and a 70 degree viewing angle, and is compatible with the Raspberry Pi 2 Model B, Raspberry Pi Model B+ and Raspberry PI Model A+.

The touch display connects via a 15-way FPC connector, while the rear of the screen has mounting holes to attach the Pi. The screen and the Pi can be powered through the board’s GPIO port, or though the microUSB port, with the display connected though a DSI port. 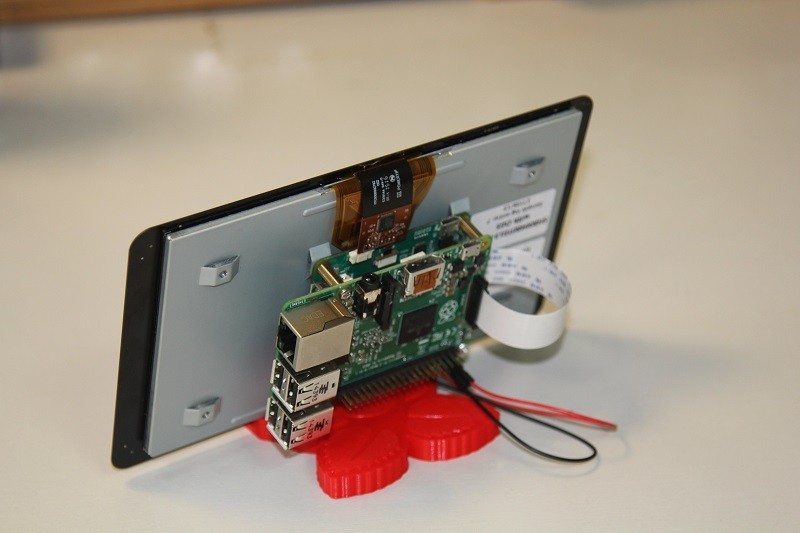 The Official Raspberry Pi Touch Display is available from the official Swag Store, as well as from RS Components/Allied Electronics or Premier Farnell/Newark – with shipments available from other sellers later this week – for £48/$60, not including shipping and tax. For an extra £10/$15, customers can buy a coloured frame for the touchscreen, available in tangerine, coupe, royale, noir, flotilla, and jade (or orange, red, blue, black, light blue, and green to you and me).

Full technical specs and a history of the touchscreen’s development are available on the Raspberry Pi blog.