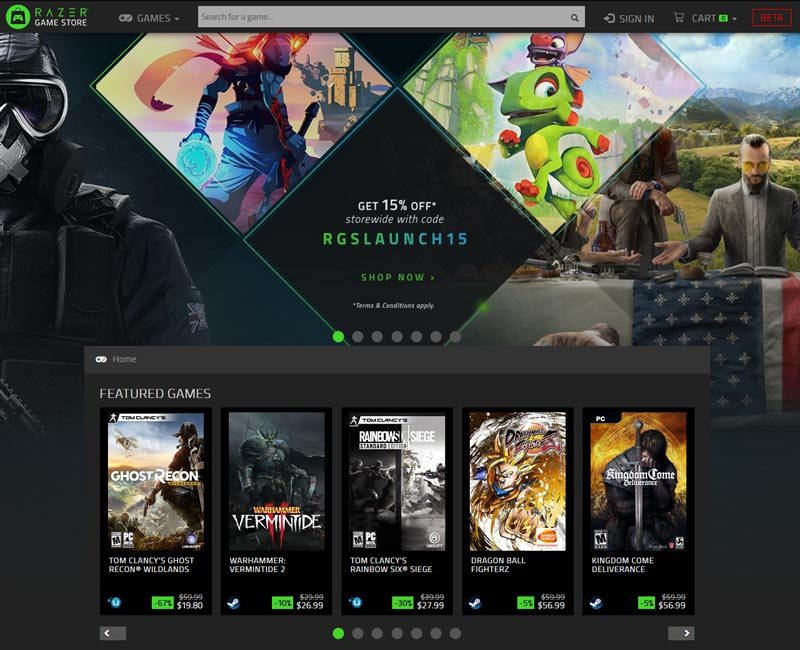 Not content with conquering the gaming peripheral world and expanding to mobile, RAZER is now selling games directly via their new store. According to the company, they are working with “many publisher and developer partners to make sure that all games sold on the Razer Game Store are fully licensed and legitimate”.

To celebrate the launch, they are also issuing a 15% discount storewide with the checkout code ‘RGSLAUNCH15’. Furthermore, they also have publisher sales currently for Ubisoft and Bethesda, driving the prices even further down. These offer up to 75% off the price even before the 15% discount. This promo will only last until April 13, and there is actually a countdown timer on the store page indicating the deadline.

Even Bigger Discounts For Some 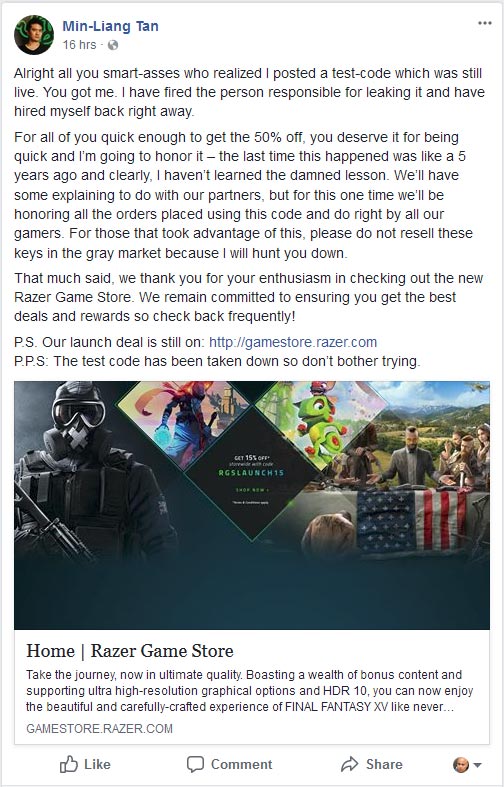 Razer CEO Min-Liang Tan also made a mistake and handed out a promo test code, granting gamers 50% off. He eventually admitted to the mistake and fired the offender. But since it was actually him, he cheekily admitted to a fast rehire back. However, he will be honoring the 50% discount for those who already purchased items with the code earlier.

This is not the first time Razer made this kind of mistake. Back in 2013, a 90% off coupon was leaked by a 3rd party. Like the most recent mistake, the company decided to honor the discount, despite the huge financial loss. However, in retrospect, it eventually endeared the company to many fans.

If you are interested in checking out the items on sale, visit the Game Store through this link.