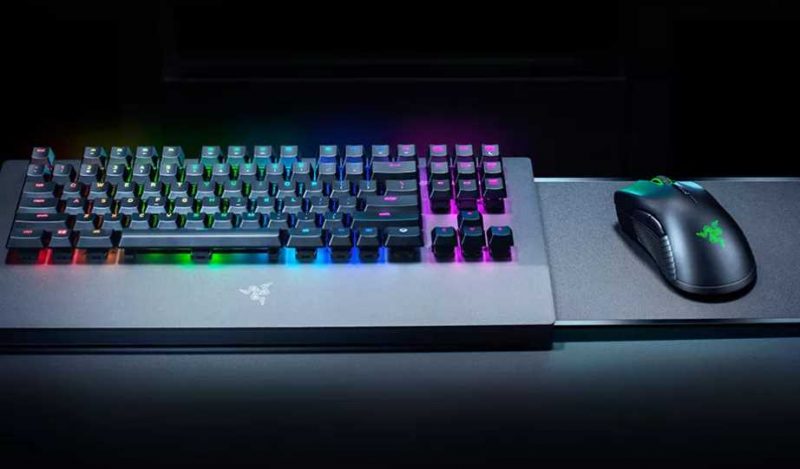 One of the biggest (and long-standing) advantages that a PC has over a console is the use of a keyboard and mouse. It’s exactly for this reason that I probably more erred towards them in fairness. Playing a number of first-person shooters, I simply like the ‘fine accuracy’ a mouse can produce. Earlier this year though, Razer did begin looking to work with Microsoft to blur those lines a little.

With the Xbox One bringing in extensive support to mouse and keyboards, it seems that Razer is working hard to bring the first dedicated wireless set-up.

Well, with the release of an image and video, they have teased Xbox One owners with their design and, we have to admit, it looks pretty good!

The design appears to be one of those similar to that we’ve seen in ‘couch’ designs. For those unaware of the design, these are combined keyboard/mouse set-ups effectively fitted to a ‘board’ designed to rest on your lap while you are on the sofa. They are commonly used by people who have streaming set-ups on their TV with products like the Nvidia Shield.

Offering a full-sized board though, this is definitely something different to what many might have been expecting.

When Is It Out And How Much?

We expect the design to be fully revealed at CES 2019. As we will be attending, you can rest assured that we’ll bring you the news as soon as we see them. As such, a probably early 2019 release date is likely. As for how much it will cost, that at the moment is entirely in the realms of speculation. Given that this will be a peripheral to the Xbox One console though, we would hope, not too much!