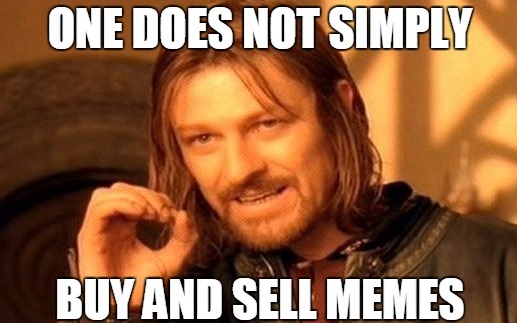 The internet is sustained by cat pictures and memes; these are its food and drink. While the appeal of pictures of derpy kitties is rather self-explanatory, the concept of a meme – cribbed from Richard Dawkins’ The Selfish Gene, which explained a meme as being “an idea, behaviour, or style that spreads from person to person within a culture” – is more nebulous. Internet memes are fuelled by in-jokes: if you’re on the outside, it’s tough to understand what a particular meme means or why it has become so popular. While the former can be subjective, the latter is just numbers. As such, a group of redditors has devised a system to attempt to quantify the value of a meme, inspired by real-world commodity trading.

Led by Brandon Wink and Ron Vaisman, a team of twelve redditors has created the r/MemeEconomy subreddit, which works much like the stock market; the trading system has even been dubbed NASDANQ, a winking reference to the NASDAQ US stock exchange. Trades do not use real money – that would be nuts – but instead relies upon a fictional currency created especially for r/MemeEconomy.

“The idea is to give this usually intangible thing a value, so that people can feel like they’re earning something when before they could not,” Vaisman told The Verge.

How does a meme become tradable on the NASDANQ? It only has to become popular enough to make a cultural impact. This is where reddit’s crowdsourcing comes into play. Subreddit members can vote for a meme to be made available on the market. It is then categorised based on both image and text and put up for trading on one of the three NASDANQ markets.

“Memes have a tendency to resurge,” Wink explained. “You’ll have a meme gain popularity, die out in a month, and then a year later suddenly it’s very popular again. Kermit has had three iterations that have died and then come back.”