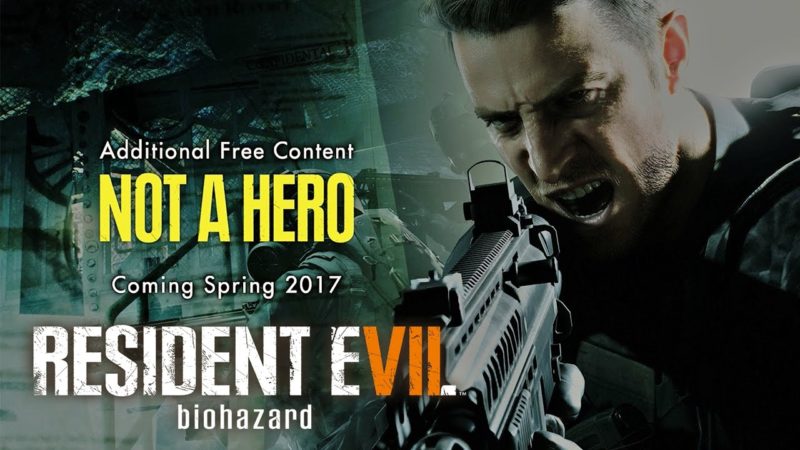 It is not often that gamers see humility from game developers, often spinning delays and cancellations into a problem that will be fixed in a later patch eventually or avoiding addressing issues entirely but the Japanese development team of Resident Evil 7 Biohazard has offered a refreshingly different approach.

The game’s executive producer, director and producer have released a video yesterday on the official Resident Evil YouTube channel offering an honest apology for the delay of Resident Evil 7 Biohazard’s Not a Hero DLC. Producer Masachika Kawata and Director Koshi Nakanishi looked directly at the camera and announced the news. They also stated that the Not a Hero DLC was delayed since it did not meet the high expectations that the positive reception of Resident Evil 7 Biohazard set, at least not within the time frame they originally planned for, and asked for more time to do the DLC properly.

The Not a Hero DLC is is an epilogue extension to the game’s ending and will still remain free when it eventually comes out, although the development team has not announced a release date yet. Director Nakanishi stated in the video that they “got close to completing the game content.”, so it will most likely will be released within the next several weeks.

You can watch the 3 minute long apology video below: