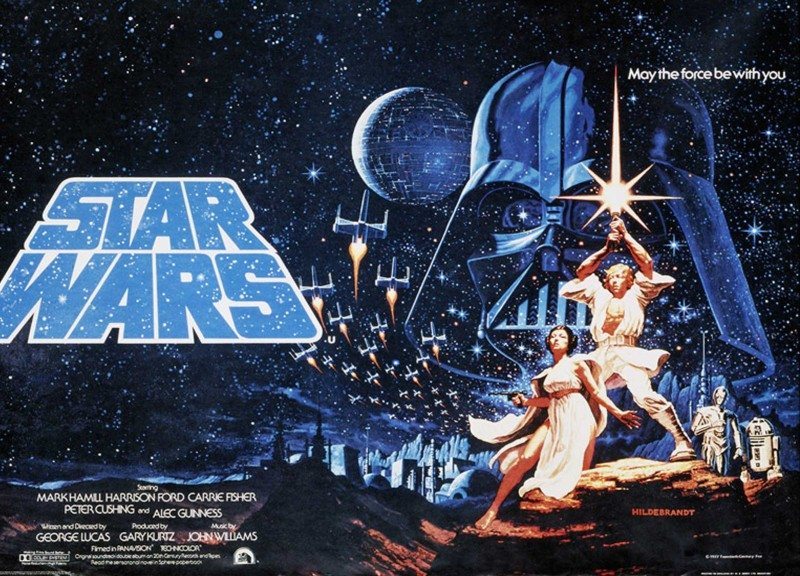 A group of fans have managed to get their hands on an original 35mm film print of Star Wars from 1977, which they have restored and released online. The team of five, under the name of Team Negative1, have released a digital HD version of its restoration – under the banner of Star Wars: The Silver Screen Edition – online, which can be found *ahem* well, you know…

A member of Team Negative1, operating under the pseudonym Mr. Black, told Movie Mezzanine that he and his colleagues managed to obtain a low-fade copy of the film reels, which originated in Spain, on eBay, of all places. “If you’re missing something, or you’re looking for something, that’s where you go to find stuff,” Mr. Black said.

“[The original prints of Star Wars] all had to be destroyed after they were shown. So the ones that still exist, somebody just dug them out of dumpsters and managed to hang on to them,” he said. “They’re all in very, very poor condition. They’re all very beat up. Even the best one, even the one that was used as a reference for the Special Edition was in terrible shape. The colours are there, but the damage is just insurmountable.”

Lucasfilm has long dug its heels in regarding HD releases of episodes IV, V, and VI, with George Lucas insisting that his much-criticised Special Editions are the definitive versions of the movies. “I’m sorry you saw half a completed film and fell in love with it,” Lucas passive-aggressively told the Today Show in 2004. This sentiment flies in the face of what Lucas told US Congress back in 1988, while defending film preservation and protesting against tampering with movies. “People who alter or destroy works of art and our cultural heritage for profit or as an exercise of power are barbarians, and if the laws of the United States continue to condone this behavior, history will surely classify us as a barbaric society,” he said.

Unlike the recent Harmy “Despecialized Editions” of the original Star Wars trilogy, which were pieced together from numerous official releases, including the Laserdisc editions, the Silver Screen Edition is the closest one can get to experiencing Star Wars as it was first released in cinemas.