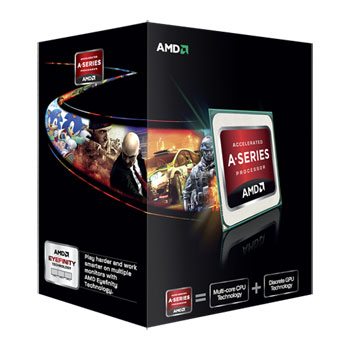 Richland hasn’t been on sale for long but there are still plenty more of AMD’s popular APU range to come and now it seems the folks over at FudZilla have discovered their prices. Five more entries to the Richland range have been found in online price listings that show some very exciting and competitive pricing.

Trinity cores are already bargain prices for their performance and these new releases are cutting between 5 to 15% off of their prices, making them an absolute steal for those looking to build a punchy budget system.

It’s also worth noting that FM2 motherboards can be snapped up for as little as  €40, mid range A75 for around  €50. Until Intel adjusts the prices of their Ivy range to compensate for Haswell, there are some real bargain to be had for those building on a tighter budget, because while they may not offer i5 / i7 levels of performance, you will struggle to get more bang for your buck under  €100.