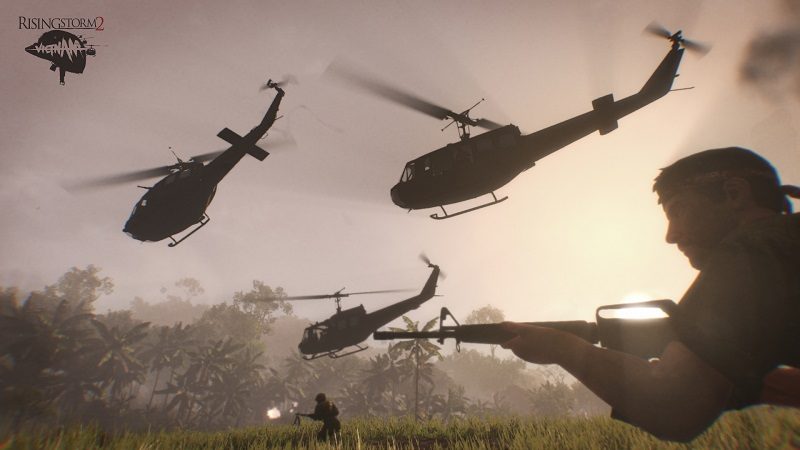 Tripwire Interactive’s Rising Storm 2: Vietnam is the direct sequel to the 2013  tactical first-person shooter with 64-person multiplayer support and it is currently in closed beta status. While the actual release date has not been disclosed by Tripwire Interactive yet (it is expected sometime around Q2 2017), they have now begun accepting pre-purchase orders for the game and have revealed the system requirements needed to play it.

Rising Storm 2: Vietnam uses the Unreal Engine 3 so it is a lot more forgiving than most first-person shooter games, requiring only a Core i3 2.5GHz processor or an AMD Phenom processor at 2.5GHz or higher for the CPU at the minimum. An Intel Core i5 3.2GHz or AMD processor at 4GHz or higher are recommended if the user wants to max the settings. In terms of video cards, an NVIDIA GeForce GTX 460 or AMD Radeon HD 5850 is the minimum while at least an NVIDIA GeForce GTX 760 or AMD R9 270X is recommended. Minimum system memory requirement is 4GB, but 6GB will provide a more comfortable experience. Since it is Unreal Engine 3 on DirectX 11, it will run perfectly well on Windows 7 or Windows 8, and of course it will also run on Windows 10.

Pre-orders are accepted from Rising Storm 2: Vietnam’s Steam page giving users a 25% off discount currently on the digital deluxe version, for only $22.49 USD from the $29.99 USD original.