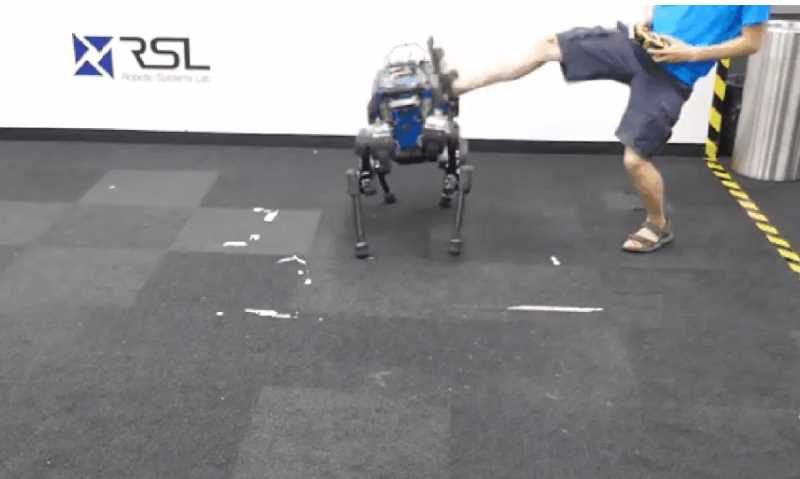 One of the biggest design challenges in robots is specifically their balance and articulation. As was demonstrated in the original Robocop film, when ED209 fell over, he was rendered useless. The team at Robotics Systems Labs, however, are trying to make the recovery process a lot more straight forward.

Using their ANYmal robot dog design, the team has released a video showing how the design can not only survive a violent jolt from a kick but if it does fall over, it can get back up again!

It Gets Knocked Down But It Gets Up Again – You’re Never Going To Keep It Down!

Using their simulation software, the team has already found a way to improve the ‘movement’ of their robot. As such, they have already reported that the amount of power required for it to simply walk around has been reduced by circa 25%. In terms of it having a tumble though, the simulation has also found a way to recover it from 100% of all situations tested.

Well, as we said earlier, a key factor in making robots truly useful is their ability to traverse environments. More specifically, to recover when something wrong happens. The research team has said that their technology: “may one day rescue people in forests and mountains, climb stairs to carry payloads in construction sites. Inspect unstructured underground tunnels. And explore other planets.”

There will, of course, already be some people viewing this as a forshadowing of the robot revolution. You know. The one where they wipe us all out! If they at least look a bit like a dog though, at least it will not be so bad.