We often find ourselves asking just how far robots and AI can go in assisting us. We are, after all, generally speaking, quite happy for them to largely assemble our cars, our computers and even our processed foods. There are even people who engage in love with robots! Would you, however, be happy for one to make a legal determination for you? The chances are not, although recent research has given pause for us to rethink that decision.

In a report via the BBC, researchers decided to see just how well a robot’s artificial intelligence could work in determining the probability of the decision in a legal case. To see how it would compare with humans, they pitted it against some of London’s top law firms.

The results were very surprising!

The robot, dubbed Case Cruncher Alpha, was given a very basic set of details for hundreds of PPI claims. Based on this, the AI was asked to determine the likelihood that the Financial Ombudsmen would award for or against the claim. The exact same information was given to 100 top London law firms.

In brief, the robot predicted a significantly larger amount of correct decisions than the humans managed.

Case Cruncher scored an accuracy rating of 86.6%. The lawyers (those people you can spend hundreds on just to send a letter) managed only 66.3%. Maybe they should’ve pitted him against Sony’s Aibo dog robot, just to see how that would have done against the humans.

Now, this of course doesn’t prove much. I daresay top London solicitors rarely (or likely never) deal with the doldrums of PPI insurance claims. I certainly know that the calls I get about my unclaimed PPI is never from a top firm. It does, however, to a degree prove that robots could have a function in the law system moving forward.

What do you think? Interesting results? Could a robot judge be more efficient than a human? – Let us know in the comments! 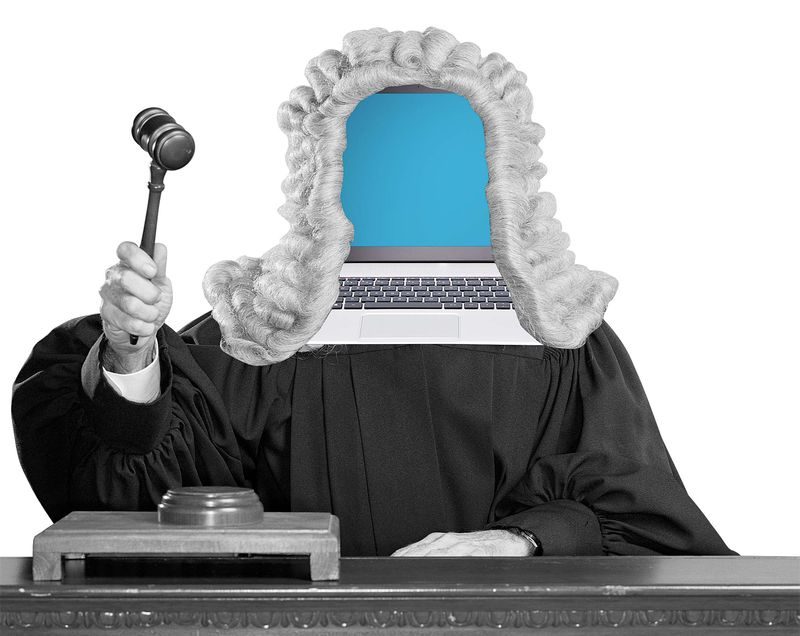