Rumours of HTC Smartwatch Reveal Alongside One M9 Launch 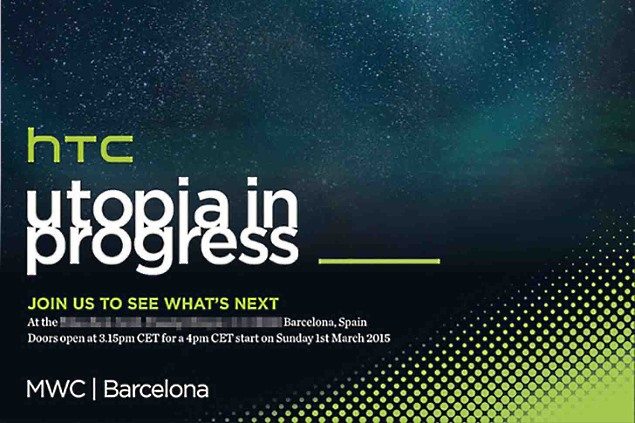 Invites have been sent out for an HTC press conference in Barcelona on 1st March (above), at which it is rumoured that not only will we get our first glimpse at the new HTC One M9 flagship smartphone, but also a smartwatch, according to Bloomberg.

Bloomberg’s sources reveal that the One M9 will have a 20-megapixel rear camera, and UltraPixel front camera, and will be available in grey, gold, and silver, with units shipping not long after the press conference.

Though details are scarce, the smartwatch is said to be born of a partnership between HTC and American sportsware company Under Armour.