Samsung Give Their SSD’s a New Speed Standard 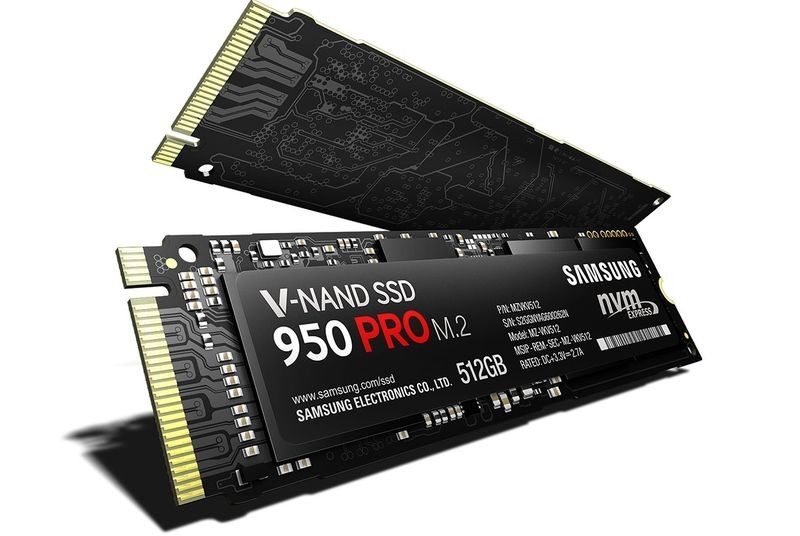 Samsung’s latest release to the SSD Market is the 950 Pro SSD. It is the fastest consumer SSD the company have ever made for the consumer grade market. Samsung have managed to achieve a whole new level of speed into their flash storage by incorporating V-NAND and NVMe technology, the device uses NVMe rather than AHCI to communicate with the storage controller, many SSDs use the much older AHCI protocol to communicate with the storage controller; this was designed 11 years ago in 2004 by Intel for standard spinning platter hard drives.

The 950 Pro can offer sequential read speeds of up to 2500 MBps and sequential write speeds as fast as 1500MBps. That’s pretty impressive in my opinion, the new model is more than four times the read speed of its predecessor, the 850 Pro, and three times the write speed. It even beats their previous top performer, the OEM-only SM951, in terms of read speed.

The 950 Pro also uses the newer M.2 form factor, meaning it won’t be usable unless you have a motherboard with one of the m2 connectors. Most motherboards have this nowadays but it’s something to bear in mind when buying one.

Thanks to The Verge for providing us with this information.