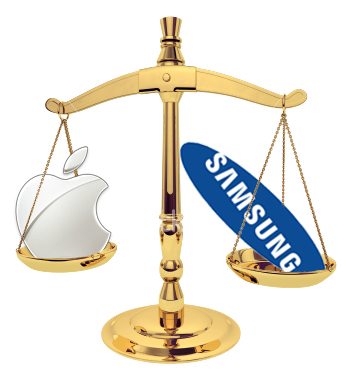 Samsung and Apple have gone tit-for-tat all over the world in over 50 legal disputes worth billions of dollars. Yet the biggest and most important trial has ended, with a victory for Apple.

The verdict was unanimously in Apple’s favour, granting them a ridiculous $1.045 billion in damages from Samsung. For Apple they will probably be disappointed as they originally wanted around $2.5 billion. Some of the offending products in this case include the Nexus S, Epic 4G, Galaxy S 4G, the Samsung Galaxy Tab, and several others.

Those who were hoping to see the end of these patent litigations may be disappointed. This is only really the beginning of the end. Since the judge gave the verdict as “willful infringment” from Samsung it could pave the way to Apple trying to get more damages – some have potentially touted $3 billion as realistic.

Robert Barr, executive director of the Center for Law and Technology at the University of California, Berkeley:

The amount of damages is extraordinary. A billion dollars in damages is extra. It’s one of the biggest patent verdicts ever. That’s a huge amount of damages. And the judge has to now decide whether to increase that for the wilfulness. And the judge could increase that as much as triple. The judge has to still decide if there will be an injunction against future sales or a recall of product.

We are grateful to the jury for their service and for investing the time to listen to our story and we were thrilled to be able to finally tell it. The mountain of evidence presented during the trail showed that Samsung’s copying went far deeper than even we knew. The lawsuits between Apple and Samsung were about much more than patents or money. They were about values. At Apple, we value originality and innovation and pour our lives into making the best products on earth. We make these products to delight our customers, not for our competitors to flagrantly copy. We applaud the court for finding Samsung’s behavior willful and for sending a loud and clear message that stealing isn’t right.

Today’s verdict should not be viewed as a win for Apple, but as a loss for the American consumer,” Samsung said in a statement. “It will lead to fewer choices, less innovation, and potentially higher prices. It is unfortunate that patent law can be manipulated to give one company a monopoly over rectangles with rounded corners, or technology that is being improved every day by Samsung and other companies. Consumers have the right to choices, and they know what they are buying when they purchase Samsung products. This is not the final word in this case or in battles being waged in courts and tribunals around the world, some of which have already rejected many of Apple’s claims. Samsung will continue to innovate and offer choices for the consumer.