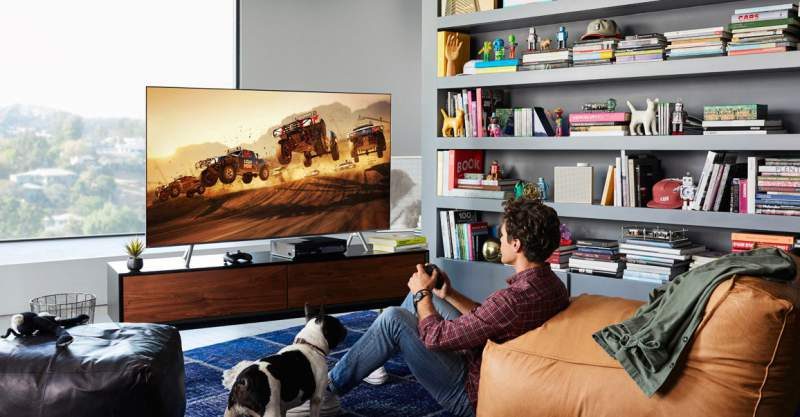 Perfect Time for a New TV

After unveiling their 2018 QLED lineup in New York two weeks ago, Samsung has now officially revealed the pricing information for its products. They have quite a bit of range available, starting at $1,500 with the flagship model going up to $6,000. Not bad considering the lowest of this line is 55-inches, which is considered  top of the line just 8-years ago. The largest size available form Samsung is 82-inches. Although that is not their flagship model which only tops out at 75-inches.

How Much are these 2018 Samsung QLED TVs?

Naturally, the flagship model has the most features. It has an ambient mode similar to their Frame TV. Capture a photo of the environment via a smartphone which is then used to create a matching look on screen. The Ambient Mode transforms the TV into a beautifully functional screen which provides a multitude of information including news, weather and traffic, and which can also play music or completely blend into the wall behind it. Furthermore, these new 2018 models also have Bixby voice assistant built-in. Together with the simplified and streamlined remote, home automation and control is even easier.

The Q9 and Q8 both have full-array local dimming (FALD). FALD is a typical feature found in many flagship TVs. However, this is the first time it appears on Samsung QLEDs. This feature is what creates a more uniform black compared to edge-lit LCDs. However, it still fares behind OLED in terms of blacks. The size of the screen is the number in inches behind the series name. So the QN75Q8F for example, is part of the Q8 series and has a 75-inch diagonal screen. The official MSRP is as follows in US dollars.