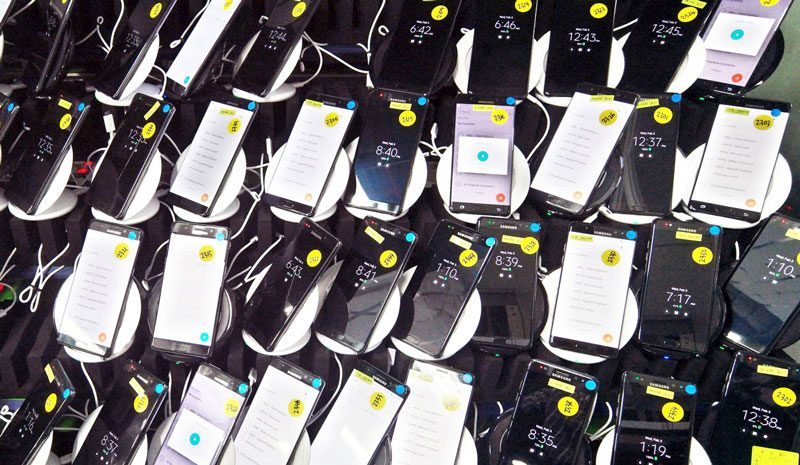 Despite its otherwise excellent performance, Samsung’s Galaxy Note 7 has become notable for only doing one thing as of late: exploding. The smartphone line has since been recalled and has even been banned from airlines and other public areas due to the risks involved. However, this massive recall has also damaged something that requires some fixing: Samsung’s revenue.  The Korean electronics giant however has a simple solution so all those Samsung Galaxy Note 7 hardware don’t simply go to waste. The company is going to be replacing the batteries with smaller capacity units, dropping it down to 3,000 and 3,200 mAh from the 3,500 mAh original, and then selling them as refurbished products.

Due to regulations in the European and US market however, it appears that these refurbished Samsung Galaxy Note 7’s will not be returning to those markets but will most likely be sold in the Vietnamese,  Indian and other emerging markets instead where they can still command high volume of sales. According to a report from Korean outlet Hankyung, there are over 2.5 million Galaxy Note 7s left in Samsung’s cache. 20,000 has been used in their internal testing and investigation to find out what caused the issue. The batteries are not the only ones that are being replaced, but the external case will be outfitted with a new version as well although the actual core components will remain the same. The move to refurbish the Galaxy Note 7s is also ideal for the Korean Environmental Ministry since it is prepared to levy a fine to the tech giant for proper disposal of the remaining stock if not done so.