Samsung Shows Off M.2 Form Factor Version of the Z-SSD 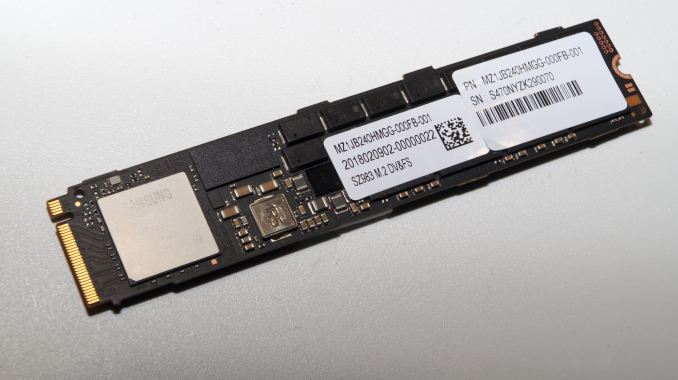 The folks over at Anandtech recently saw a new form for the Samsung Z-SSD while at the Open Compute Project in San Jose. These Z-SSD SZ985 are the company’s answer to Intel’s 3D XPoint-based Optane SSDs. The SZ985 Z-SSD launched just two months ago after a year of waiting. The drive is ideal for HPC and AI applications with ultra-low latency and a high reliability being key factors.

The initial SZ985 Z-SSD also only came in a half-height, half-length PCIe x4 card with a backplate and a heatsink for heat dissipation. Which is not surprising considering how fast the drive is so it is bound to generate heat. So the M.2 form factor took a while since it clearly poses some design challenges, including how to handle the heat.

What Other Features Does the M.2 Z-SSD Have?

From the Anandtech article, the M.2 version uses the same Phoenix 8-channel controller used on Samsung’s other 98x SSDs. It does not come in 800GB due to the size, but the card on display instead has a 240GB or 480GB capacity. In terms of performance it is capable of 3200MB/s sequential read and 2800 MB/s sequential write speeds. It also has the endurance rating of 30 DWPD.