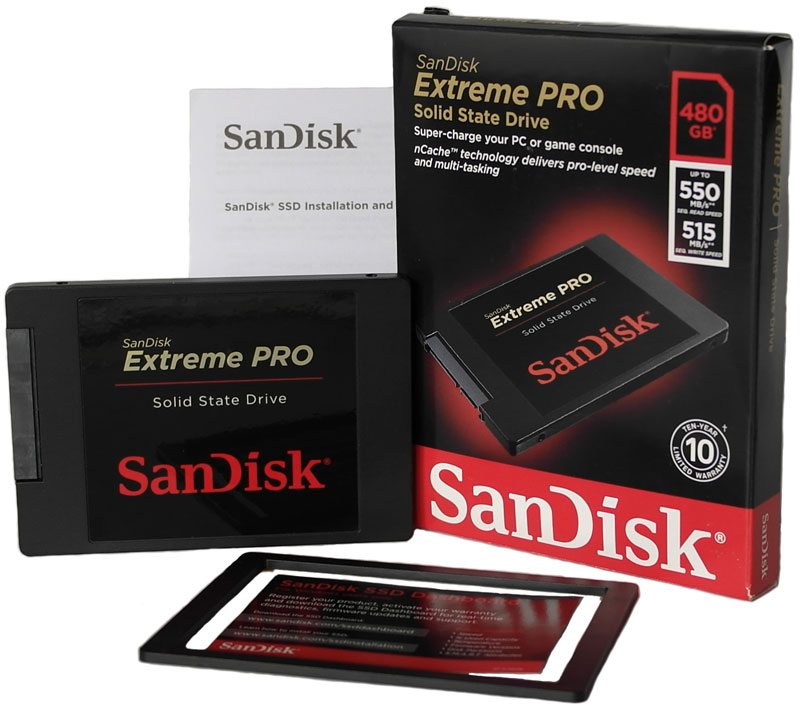 SanDisk is one of the oldest names in flash storage, they actually developed the first flash based SSD more than 20 years ago. Today I have the pleasure of having their Extreme PRO 480GB drive on the test bench, their newest SSD flagship for the consumer market.

This is not a drive that needs to hide anything when it comes to its specifications, as it has a lot to offer. So let’s dive right into mentioning the first thing that springs into our eyes from the packaging; the 10 Year Warranty. This really shows what trust SanDisk have in their drive, besides already calling it both Extreme and PRO, and is something not seen on any other drive in the consumer market. Yes it is true that the Samsung 850 Pro also has it, but that’s really another market segment alltogether and they came to market with it after SanDisk. 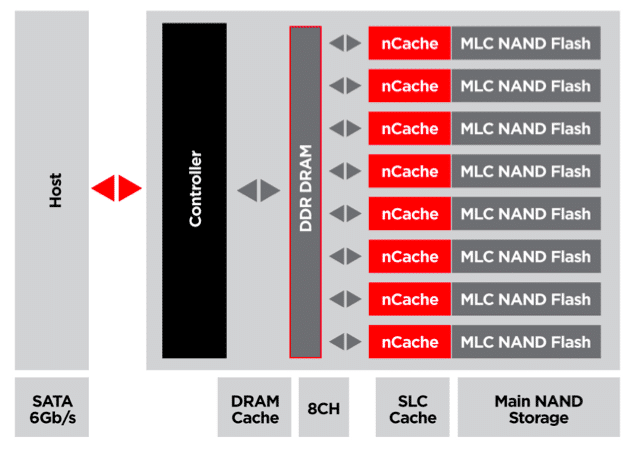 The next feature worth highlighting is the nCache Pro technology. This third level of cache will help your drive perform flawlessly through all/most tasks without any stall or stutter. You can count on it every day of every week of every year, as SanDisk says. It works by taking some of the MLC NAND Flash and using it as cache in SLC mode. The SanDisk Extreme PRO drive uses the newest version of this technology, that originally made its début in the Ultra Plus SSD a while ago.

Next our eyes fall on the transfer speeds. The drive promises us some great figures of up to 530MB/s read and 510MB/s write. The previously mentioned nCache technology together with the SanDisk 19nm MLC flash used, and not to forget the overclocked Marvel controller, shouldn’t have any trouble giving us these figures over the entire test line. The IOPS certainly don’t need to hide either with 100K read and 90k write. 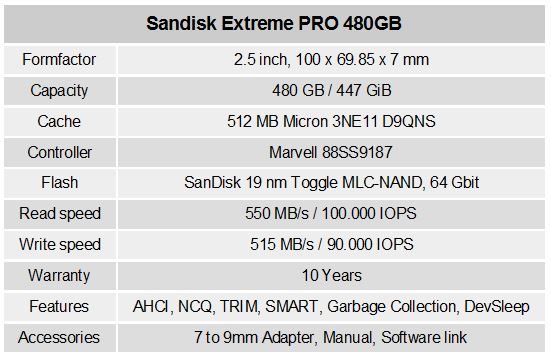 The SanDisk Extreme PRO is actually a 512 GB drive under the hood, but the bytes above 480 GB are used for over-provisioning to guarantee a long life under steady performance, but also partly for the nCache feature. The drive also supports TRIM for the everyday garbage collection and SMART to monitor the drives health as well as Native Command Queuing (NCQ) to optimize incoming requests and DevSleep for increased battery life and quick system restarts.

A fact not known to many is that heat actually degrades NAND flash quite a lot, and SanDisk has built in thermal throttling on their drives to protect critical components and ensure data integrity. On top of this, the drive has a great internal heat transfer set-up as you’ll see on the next page.

The SanDisk Extreme PRO doesn’t have a big accessories package, the only thing we get along with the drive is a small card that tells us where we can find and download the pretty great SanDisk SSD Dashboard, a folded user manual and an adapter bracket with adhesive tape to increase the drive height to 9 mm. A bracket like this is either really important to you, because your laptop has a 9mm slide-in slot or it’s totally irrelevant because you’re just mounting it in your normal PC case. It’s still a great thing to add, that doesn’t cost much to produce while increasing the potential market quite a bit.