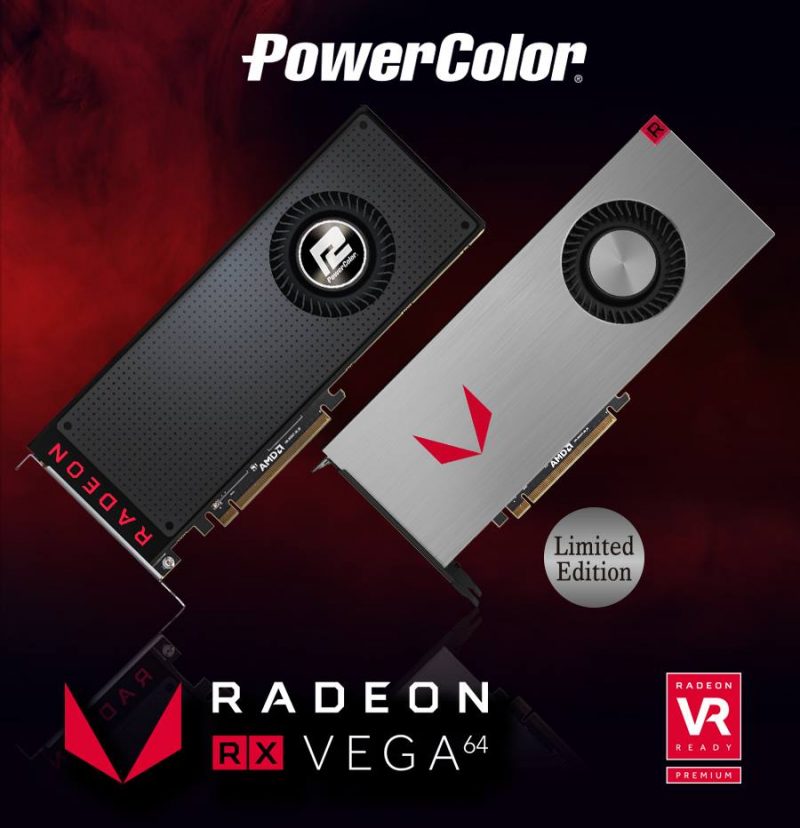 Following AMD‘s unveiling of their latest generation Radeon RX Vega video cards, partners Sapphire and PowerColor are also announcing the availability of their own video cards based on the new GPU. These are based on reference RX Vega video card designs. So far, only ASUS is the only one that announced custom cooling options. The ASUS Strix RX Vega 64 is not arriving until September so AMD’s partners will most likely unveil their custom designs closer to that date. 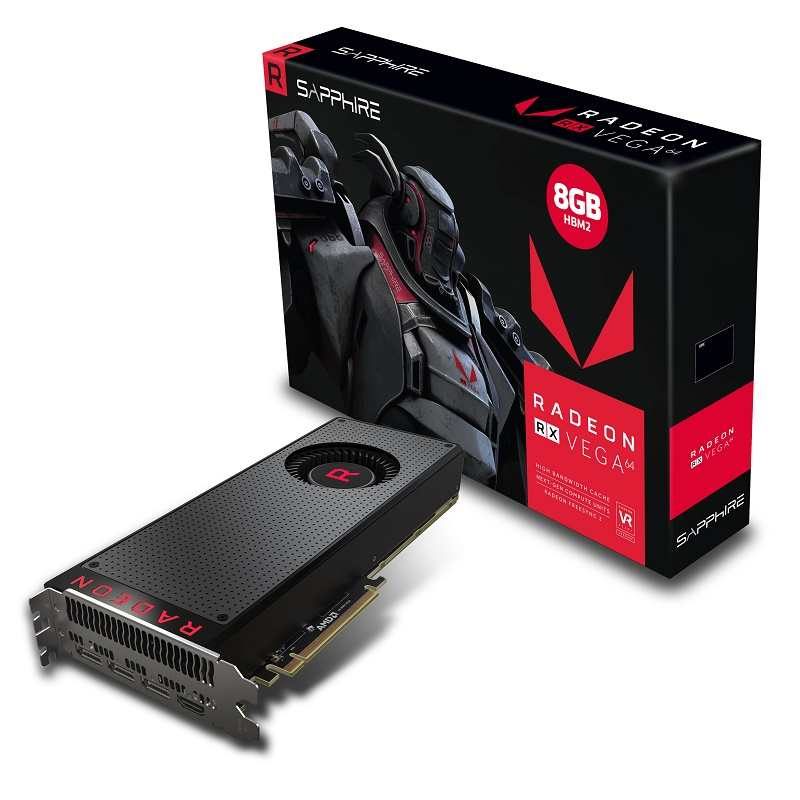 Three options are available in terms of reference card designs from both Sapphire and PowerColor. First is the air-cooled Radeon RX Vega 64 8GB HBM2 with a black shroud, blower style fan. The second and third options are the Limited Edition Radeon RX Vega 64 with a special brushed silver metal shroud available in air-cooler or liquid-cooler options. The liquid-cooler option is the most expensive out of the three options and sports the higher out-of-the-box clock speeds. 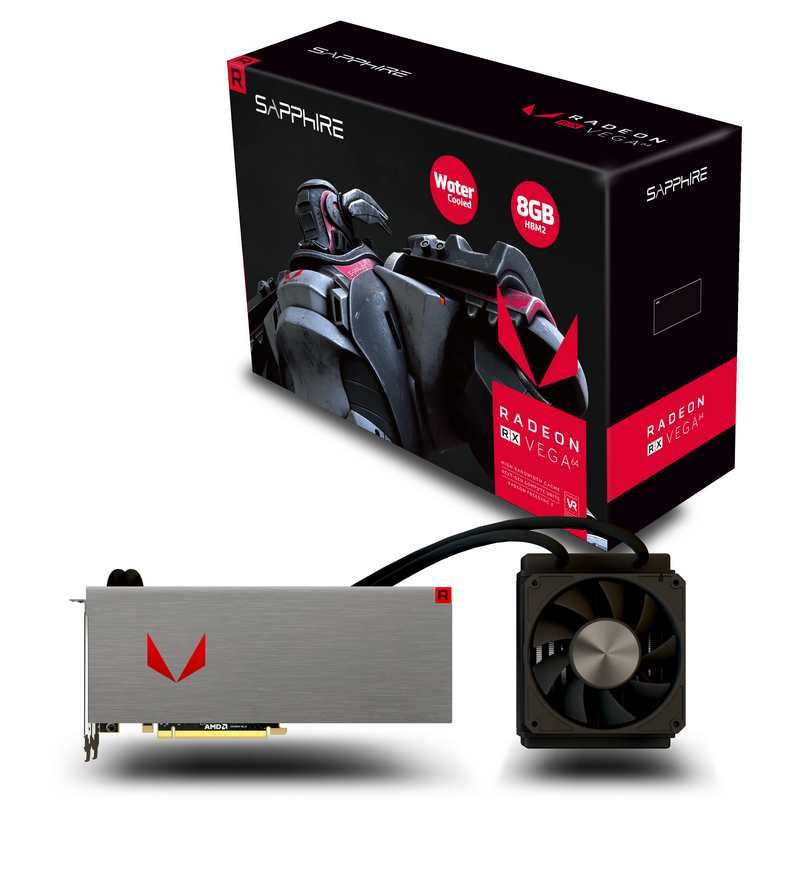 All Radeon RX Vega Graphics Cards support bridge-less Crossfire for up to four GPUs. They also all have Type-A HDMI 2.0 and three Display Port 1.4 display output connectors in the rear. Two 8-pin PCIe power connectors from the power supply is necessary. For the Liquid-Cooler edition model, an additional fan header is necessary to plug the 120mm fan from the radiator. 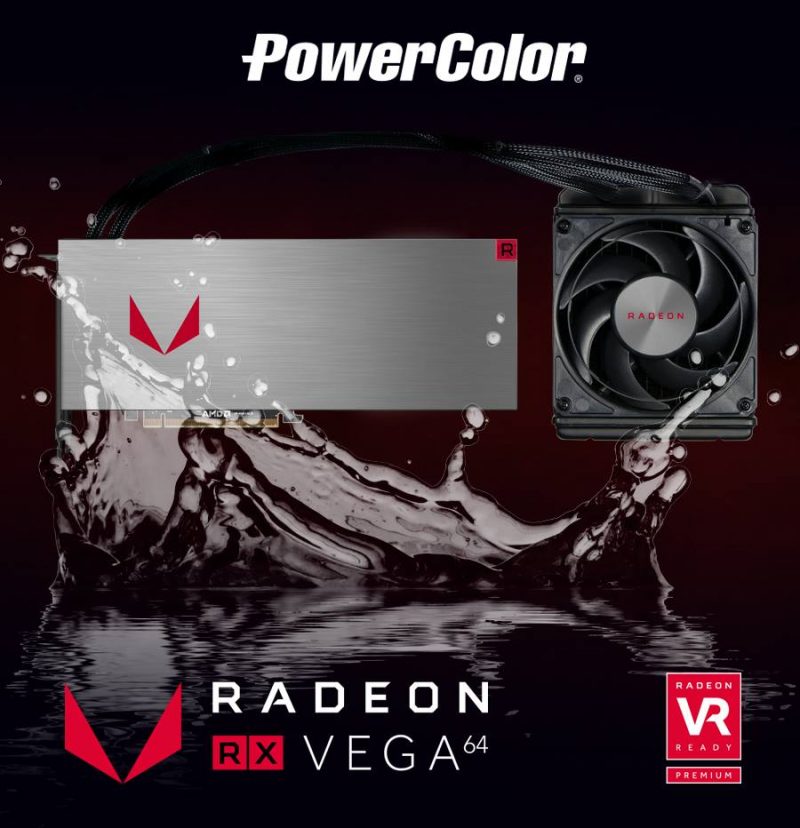