Screentendo Turns Your Desktop Into a Playable Mario Level 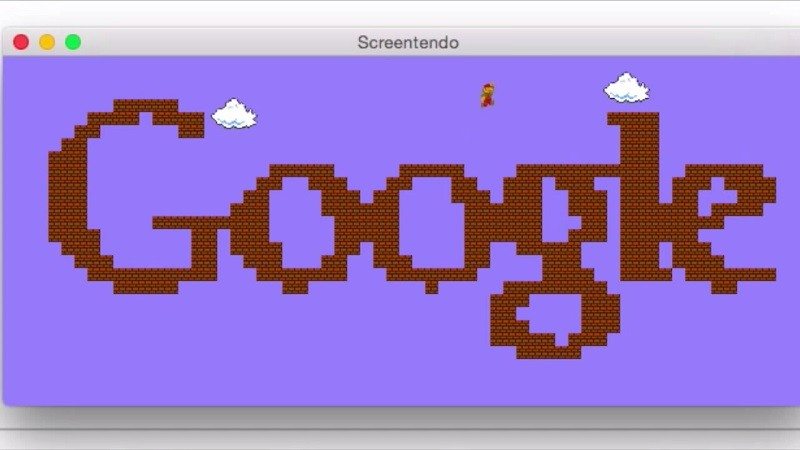 A London-based software developer has released an application that turns your desktop into a playable level of NES classic Super Mario Bros. Aaron Randall used Cocoa and Sprite Kit to create Screentendo, a free app that turns whatever is on your computer screen into a playground for Mario.

In the “How does it work?” section of Randall’s blog, he explains, “When Screentendo is launched, a semi-transparent window appears which can be moved and resized over other application windows. After placing the Screentendo window over an area of the screen, clicking inside the window will cause the app to render a game level based on the content beneath it.”

Screentendo is designed to be a bit of fun or, as Randall describes it, “a proof-of-concept hack.” He admits that, as such, it “has a few shortcomings. Image processing is currently really (really) slow – sub-blocking the image takes a long time (each sub-block is an NSImage, which is a pretty inefficient way of solving this problem, but quick to implement).”

“The current implementation also requires a reasonably distinct contrast in the underlying image for the block detection to work. Finally, the physics is a little screwy – I didn’t set out to write a Super Mario Bros emulator, just something that would work “well enough” – and as such, there are some issues with ghost vertices (particularly with vertical walls) that I didn’t get round to resolving.”

Still, if you’ve got important work to do and need even more distractions with which to procrastinate, Screentendo is worth a play, and is available for download via GitHub.