Several Classic Transformers are in the Latest BumbleBee Trailer 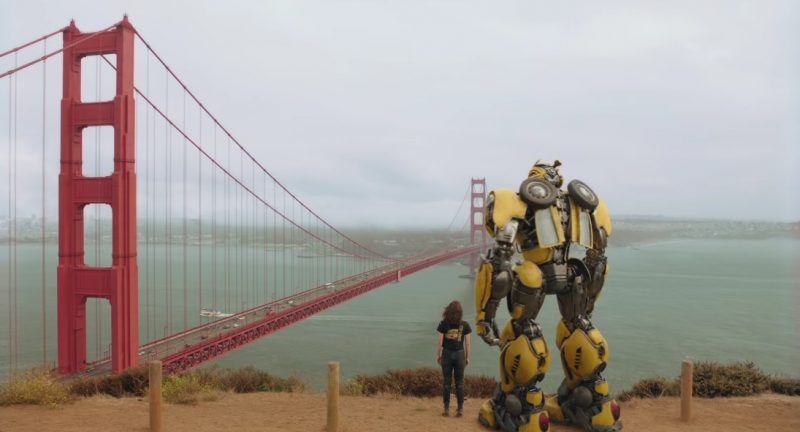 BumbleBee is set to reignite the fire for the stale Transformers movie franchise when it launches in December. Even though it is set to face some heavy hitters like James Cameron’s Alita and James Wan’s Aquaman. Many fans were glad to see the latest Transformers movie stick closer to its 80’s character renderings. Plus, seemingly having more heart than the product-placement and explosion-laden Michael Bay blockbusters we have come to expect from the series.

Now Paramount Pictures has released the latest trailer and fans will be glad to see that some familiar faces are back. Not just in terms of name but in how close they actually look to their 80’s cartoon original designs. Of course, they all receive the modern re-imagining but are not thoroughly revised like the first 2007 feature film.

Watch the trailer for yourself below:

It appears that part of the story takes place in Cybertron. So we also get to see some of the classic Decepticons as we remember them from the 80’s. Instead of the over-designed version from the previous Transformers films.

When is BumbleBee Coming Out in Theatres?

The movie takes place in 1987. Years before the first Transformers film. It has a young BumbleBee alone and afraid posing as a beat-up Volkswagen. His sentient existence is then discovered by a girl named Charlie Watson (played by Hailee Steinfeld) and the adventure starts from there.

The BumbleBee movie is premiering in theaters on December 21, 2018. Just in time for the holiday season.