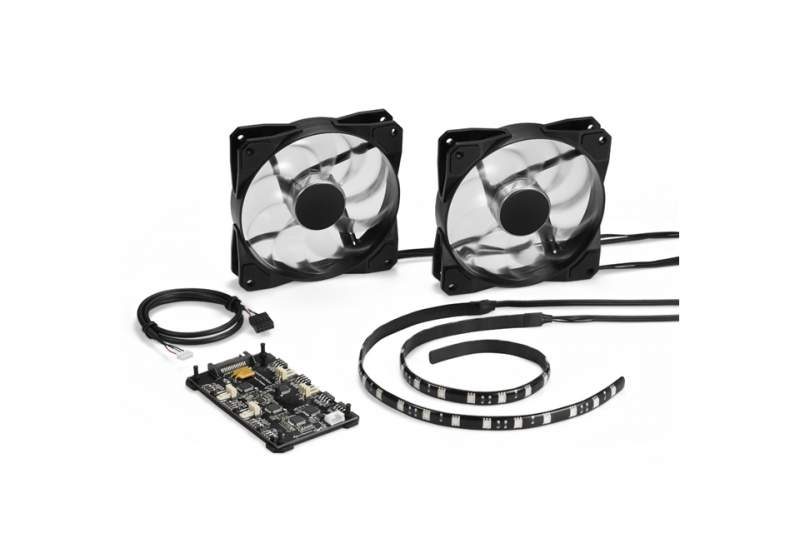 Sharkoon is announcing their new Pacelight P1 RGB illumination set. This is a multi-accessory kit which includes an 8-channel controller, RGB LED strips and two RGB LED fans. Since the Pacelight P1 controller is 8-channel, users can hook up four more RGB LED items on it later on. Additionally, the Pacelight P1 is a dedicated fan hub with four 3-pin fan connectors available. So users can add two more fans on the same board. 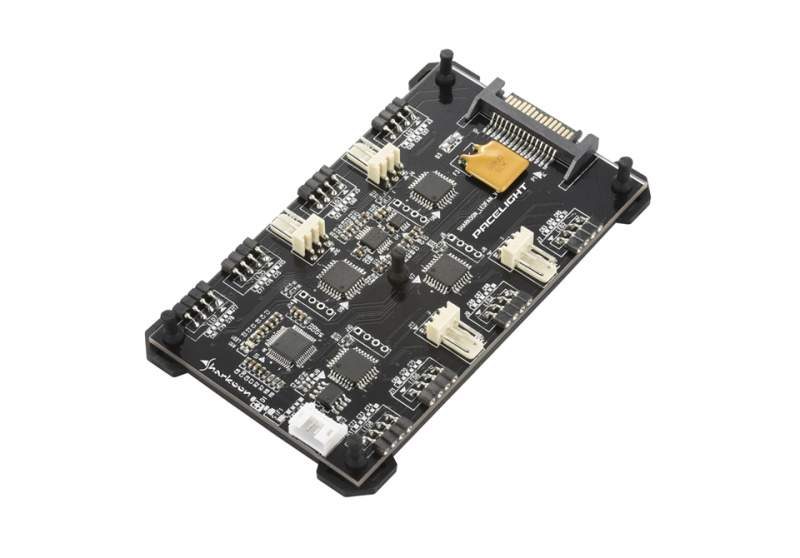 The Pacelight RGB strip has 18 LED pieces and secures via an adhesive backing. It has the standard analog 4-pin RGB LED connector so users can also attach it directly a mainboard. As for the controller, it has a SATA power connector as well as a 9-pin USB header power connector. This internal USB connector is included in the kit. 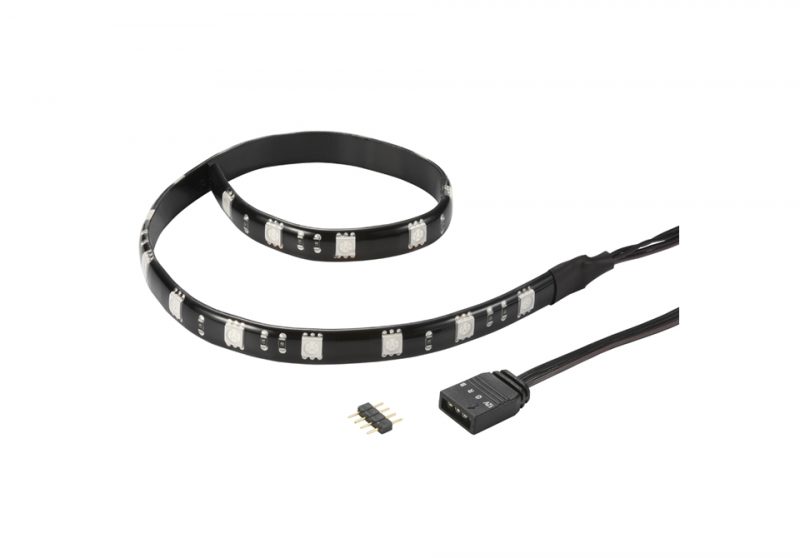 As for the Pacelight RGB LED Fan, it is a 120mm fan which uses a fluid dynamic bearing. It operates up to 1400 RPM and has a low noise level of 23dBA. There are six pieces of RGB LED which illuminate from the center hub. This hub as well as the fan blades are transparent, allowing for the lighting to “flow” across it.

How Much is the Sharkoon Pacelight P1 RGB LED Kit?