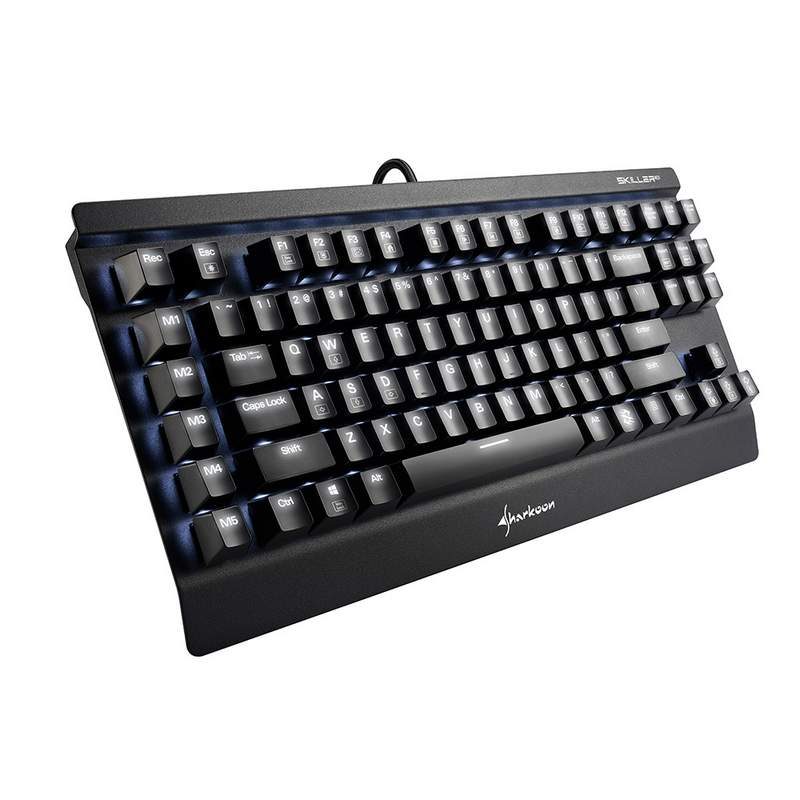 Sharkoon is announcing a new gaming peripheral called the SKILLER MECH SGK2. It has a compact tenkeyless layout, but unlike typical TKL keyboards, it has a column of dedicated macro keys to the left. Moreover, the SKILLER MECH SGK2 is LED backlit, uses mechanical switches and only costs 44.99 EUR. 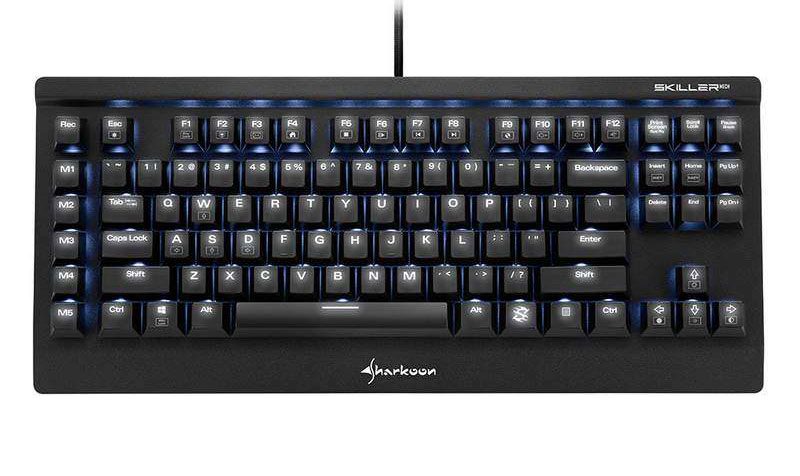 You can’t just slap the word ‘gaming’ into any peripheral, it actually has to have gaming features. Despite the compact size, the SKILLER MECH SGK2 actually has more gaming features than one would typically expect. The macro key bank is obvious, but users can actually record macros on these on-the-fly. Also, what you don’t physically see is that it has N-key roll over and anti-ghosting keys. Essential features for any gaming keyboard.

The SKILLER MECH SGK2 use Kailh microswitches, available in blue, red and brown. These are Cherry MX clones providing similar clicky-tactile, non-clicky-linear, and non-clicky-tactile feel respectively. Each key has white LED illumination and the keyboard connects via USB 2.0 cable. With its sturdy top metal plate, the SKRILLER MECH SGK2 can also boast durability.

Perhaps its best feature however, is the fact that it is only 44.99 EUR. This makes much more affordable than even some membrane gaming keyboards in the market.