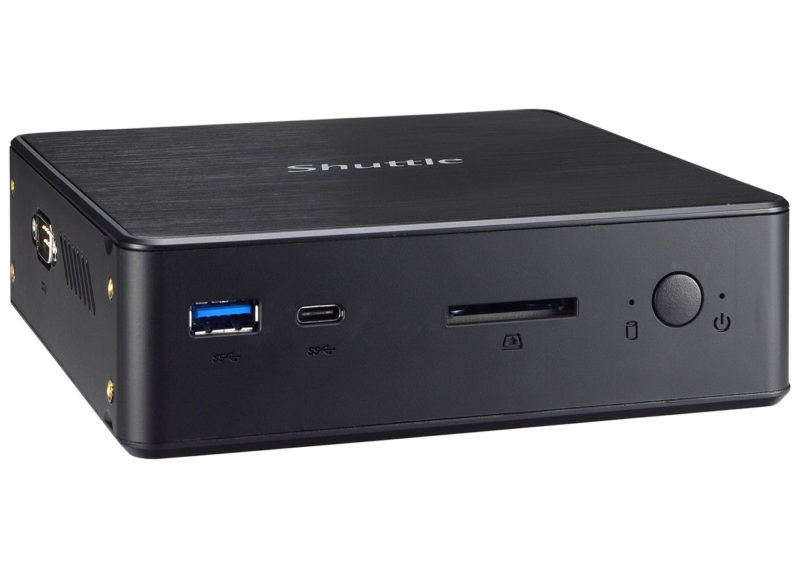 Shuttle is one of the leading manufacturers of barebone systems and creates a wide range of professional designs. Some time ago, the company unveiled the NC01 series in the traditional NUC format which received pretty positive reviews. As you might expect, Shuttle has taken the feedback on board and launched the successor to this range, the NC02. The revised models are sold as barebone PCs and include the case, mainboard, heat pipe cooling system and power supply unit. Also, the devices come with a soldered Celeron, Core i3, Core i5 and Core i7 power-saving processors depending on how much horsepower the end-user requires.

The base unit is driven by an Intel Celeron 3855U dual-core processor running at a clock speed of 2x 1.6GHz. The chip’s incredibly low TDP of 10-watts is really efficient and ensures the system can be left on for long periods without costing a large sum of money. On another note, the chassis is really slim and measures 141 x 141 x 42 mm. Additionally, the housing is 13mm taller than the NC01 which allows the device to support 15mm higher 2.5-inch storage. 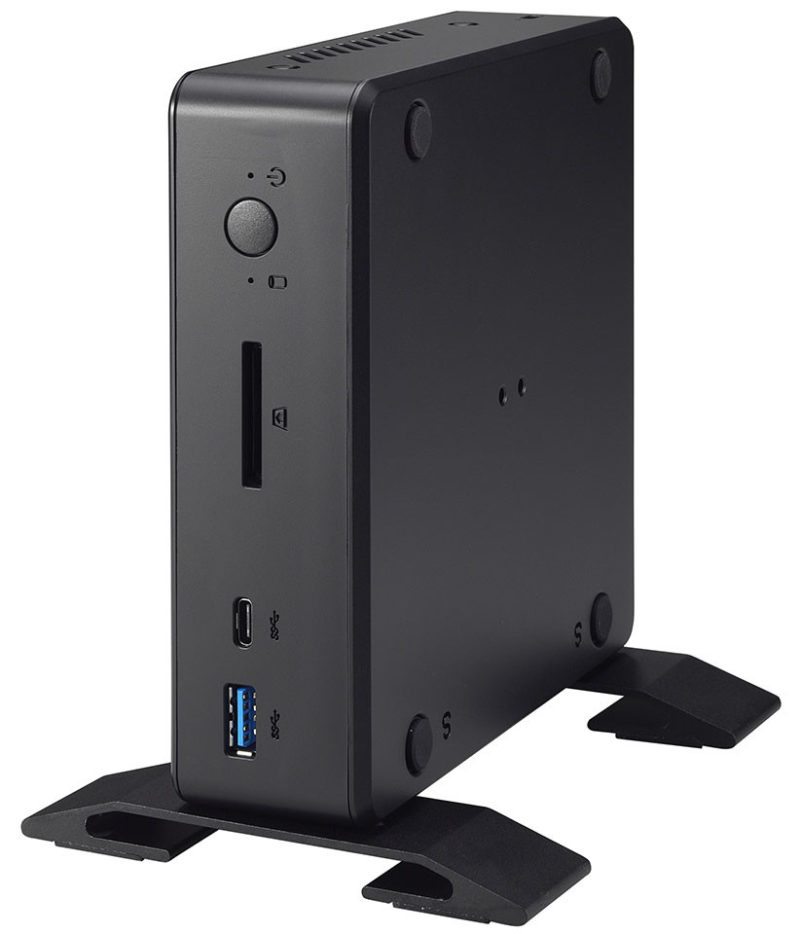 The NC02 can accommodate one 2.5-inch hard or SSD, two SO-DIMM memory modules with a total capacity up to 32GB of DDR3L. Moreover, the revised design has a free M.2-2280 expansion slot which supports next-generation NVMe cards in addition to M.2 SSDs up to 80mm long. Connectivity-wise, the NC02 models have a full-size DisplayPort, HDMI, Intel Gigabit Ethernet, USB and RS-232. The front panel contains a bootable card reader and both USB 3.1 Type-A and Type-C. Shuttle guarantees that even the cheapest unit will be able to play Ultra 4K content without any problems. Tom Seiffert, Head of Marketing & PR at Shuttle Computer Handels GmbH described the new product and said:

“Barely more than a year ago, XPC nano was launched in the form of the NC01 models. Since then, demand for this form factor has continued to rise. We have listened to our customers and translated their suggestions into real products. A new fan control, USB 3.0 Type C and NVMe support are just a few examples of this,”

“We look forward to being able to offer a performance-enhanced and versatile platform with the NC02, which essentially can be used wherever efficient, quiet operation and durability are called for.”