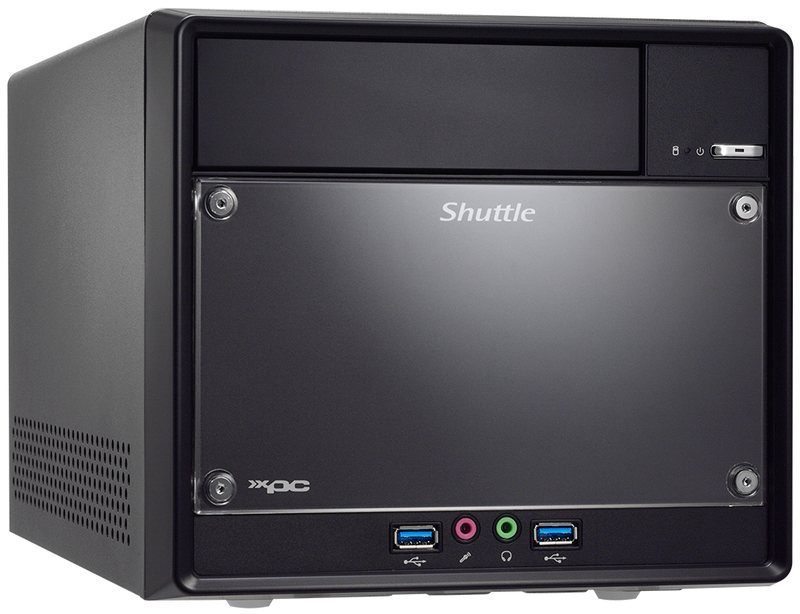 Shuttle released a new system that once again proves that a powerful system doesn’t need to be large in physical dimensions. The new SH110R4 is the newest family member in the XPC Cube series of 13-liter barebone PCs and it comes with everything available you’ll need, from a Skylake LGA 1151 socket over two M.2 expansion slots to an integrated heat pipe system for CPU cooling.

The Shuttle SH110R4 is built around the Intel H110 chipset and supports dual-channel DDR4 memory with a speed of up to 2133 MHz. You can equip it with a total of 32GB through its two memory slots, but the specifications don’t reveal whether it’s full-sized DIMMs or SO-DIMMs. My bet would be on the last, SO-DIMMs. With the use of a Skylake-based Core, Celeron, or Pentium processor, you also gain 4K video capabilities through the processor-integrated GPU and the onboard HDMI and DisplayPort. A D-Sub VGA port was also added for backwards compatibility.

Besides the graphics connections, you also find all other relevant external connectors. There are four USB 3.0 and four USB 2.0 ports, Gigabit Ethernet network powered by an Intel i219LM controller, and a 5.1-channel HD audio system powered by a Realtek ALC662 chip. 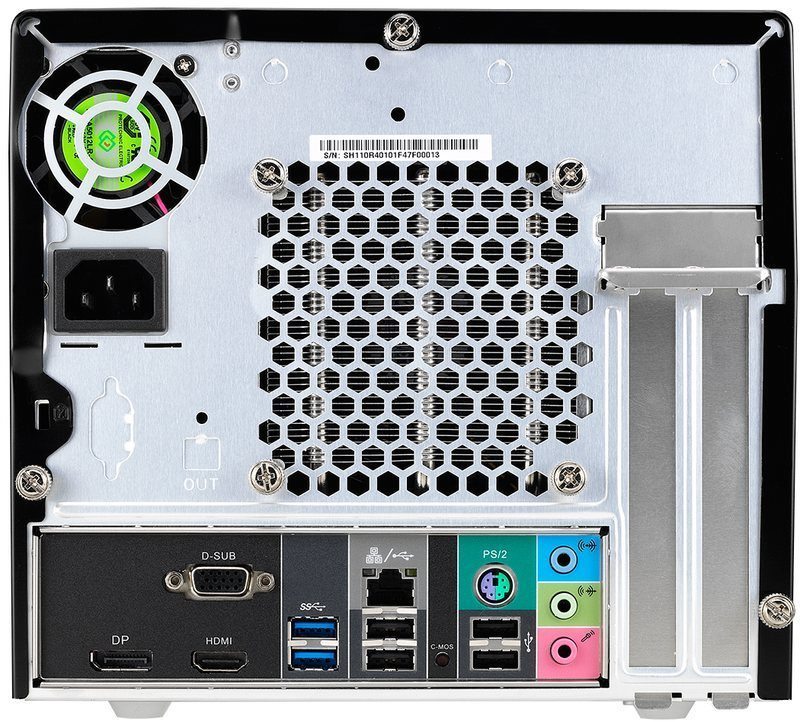 The Shuttle XPC Cube series are basically mITX systems with a clever cooling solution and users can upgrade the motherboard to pretty much any mITX board they wish at any point. But the included one is pretty good as it is and comes with two M.2 slots, one M.2 2280/2260/2242 Type M slot for high-speed SSDs and one M.2 2230 Type A/E slot for devices like WiFi cards. There’s also a PCIe x16 and a PCIe x1 slot for additional expansion cards such as graphics cards, raid controller, monitor cards, sound cards, etc.

The really cool feature is the Shuttle’s I.C.E 2 cooling engine that utilizes heat-pipe tech to keep the SH110R4 cool. It uses convection cooling to dissipate heat away from and around the CPU. The I.C.E.2 copper tubes, coated in nickel for enhanced tube hardness and rust-proof protection, are filled with distilled water to effectively channel heat and provide highly efficient processor and chassis cooling.

It also comes with a built-in PSU which can deliver 300W and is 80Plus Bronze certified. Overall, you get a small and stable system with great features and a suggested retail price of £172.00.