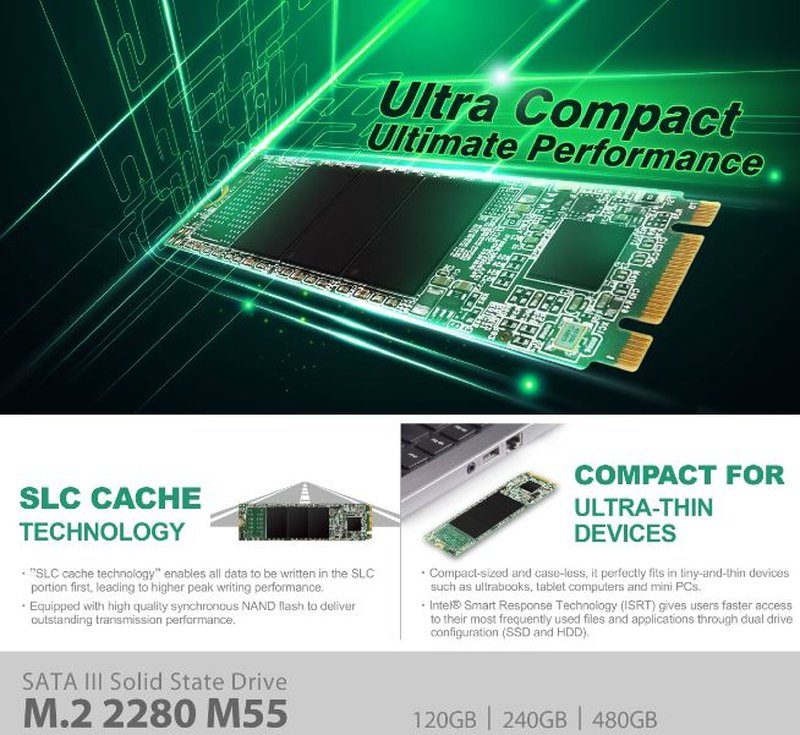 Silicon Power hasn’t had a lot of M.2 form factor drives yet, in fact, they only have one consumer drive which is the M10 M.2 2280 drive. It’s a great drive, but it can’t hurt to add more to the list. In the latest company newsletter going out a couple of days ago, SP teased three upcoming SSDs that all are M.2 2280 drives.

Right now, you might be hoping for some high-speed NVMe drives, and if you do, you’ll be disappointed. The three new drives are all M.2 versions of their 2.5-inch brothers from the Slim series. The drives have a lot in common, but there are some differences too.

All three drives come with SLC cache technology to speed up the performance and hit the top of the SATA3-bus’ capabilities. They are also all three compatible with Intel’s Smart Response Technology (ISRT) which allows you to combine an SSD and an HDD into one hybrid volume, using the SSD as a cache and the HDD as storage space. 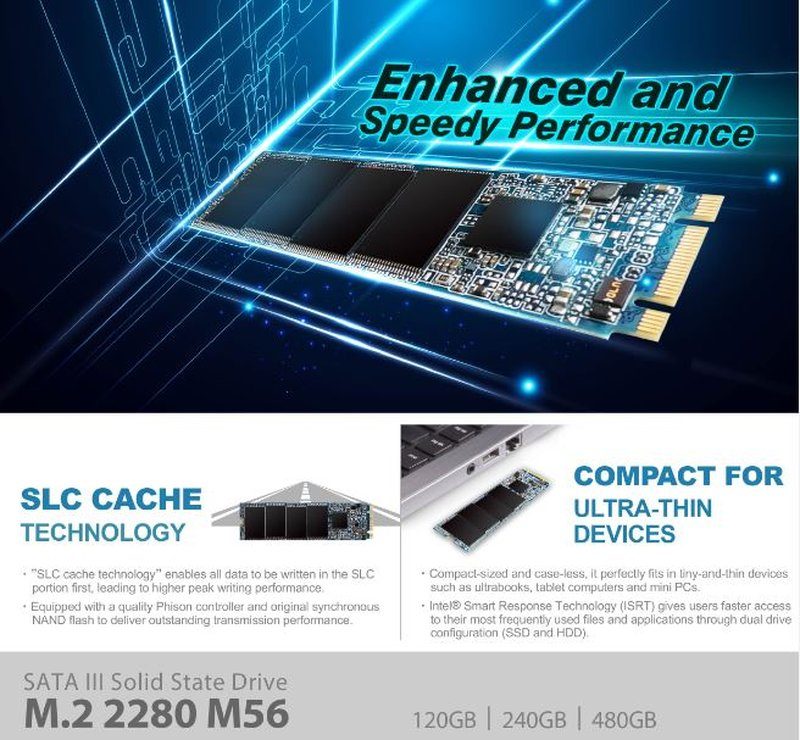 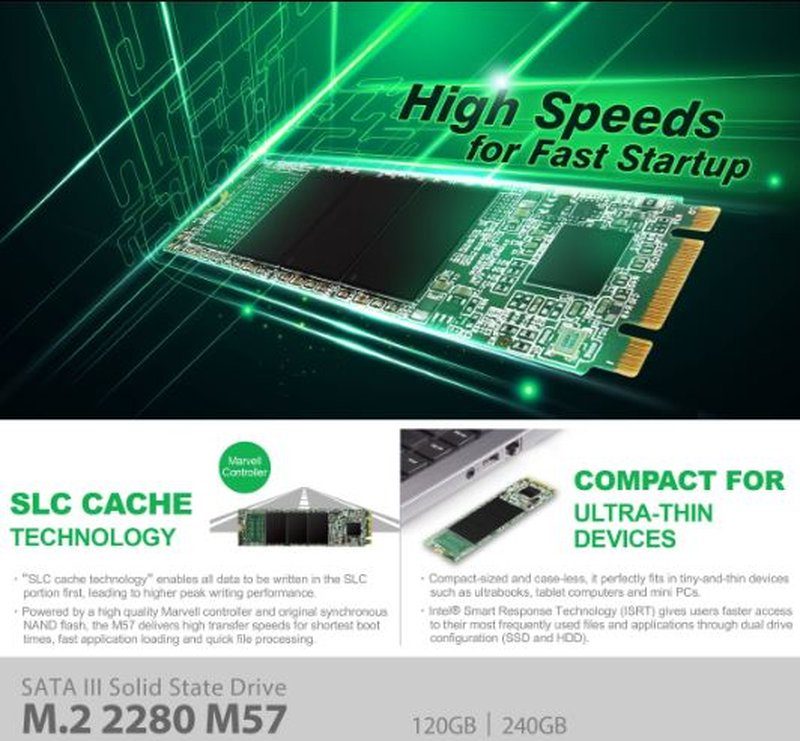 As for the performance, there we can expect them to perform very similarly to their 2.5-inch counterparts. The SP S55, S56, and S57 that we have reviewed earlier. In the ratings, the M55 and M56 are both set to 560MB/s reading and 530MB/s writing (ATTO) while the M57 comes in a little slower at 535MB/s reading and 410MB/s writing. All three drives are backed by a 3-year warranty.