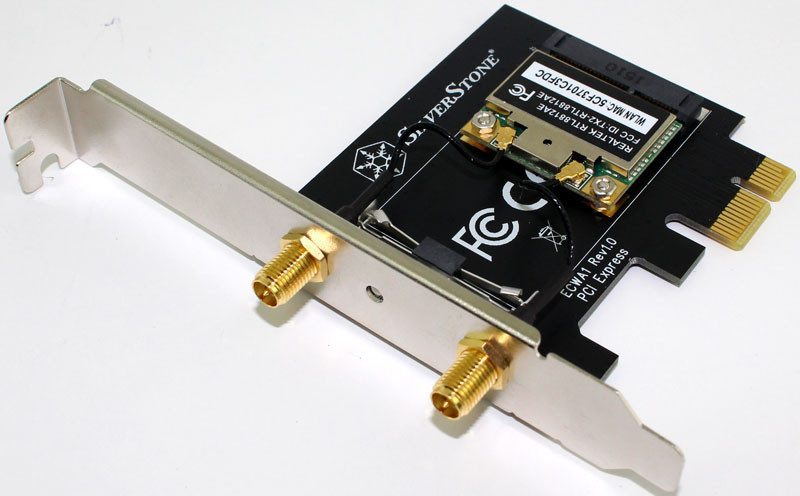 In today’s review, I am not just going to look at a single product, but a combination of two that work perfectly in tandem. The SilverStone ECW02 Mini PCI-E 802.11ac Wi-Fi module is ready for laptops and similar equipment, but a desktop system will most likely require an adapter such as the SilverStone ECWA1 Mini PCI-E Adapter with external feet and 5 dBi antennas. This combination of the two will allow us to add an IEEE 802.1ac dual-band wireless connection to any normal desktop system that comes without its own Mini PCI-E slot. 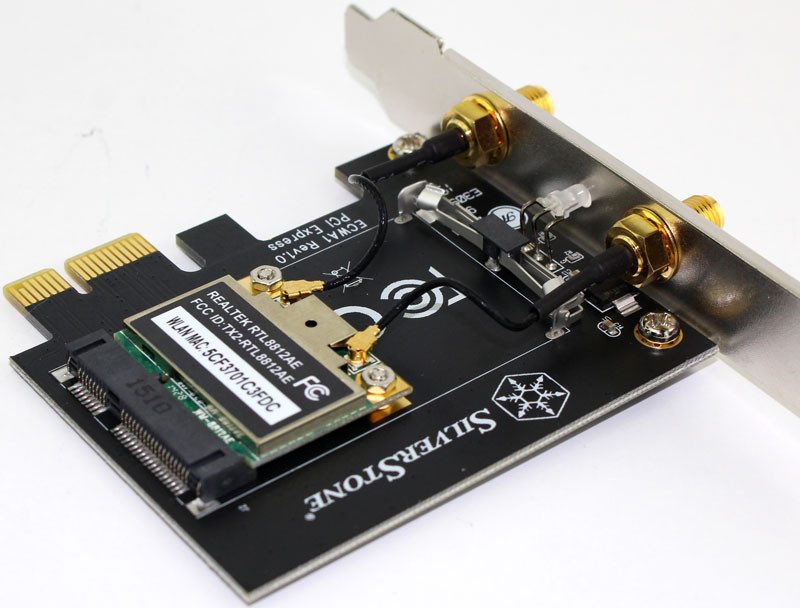 There can be a quite a few reasons why you might want to upgrade your desktop system with a wireless connection. It isn’t any secret that a wired connection provides the best throughput, but that doesn’t mean that we should forget all about wireless connections here, they can be quite beneficial too. You might not be able to run a cable everywhere you want too, maybe because you aren’t allowed to drill holes in the walls of your rented house or apartment, or you just don’t want to. You could also use the wireless connection as an ad-hoc access point where you are able to connect other wireless devices directly and use the PC as a bridge and send it on via your wired connection. Or maybe something completely different, but whatever the reason might be, the combination of SilverStone’s ECWA1 adapter and ECW02 WiFi module will suit the task. 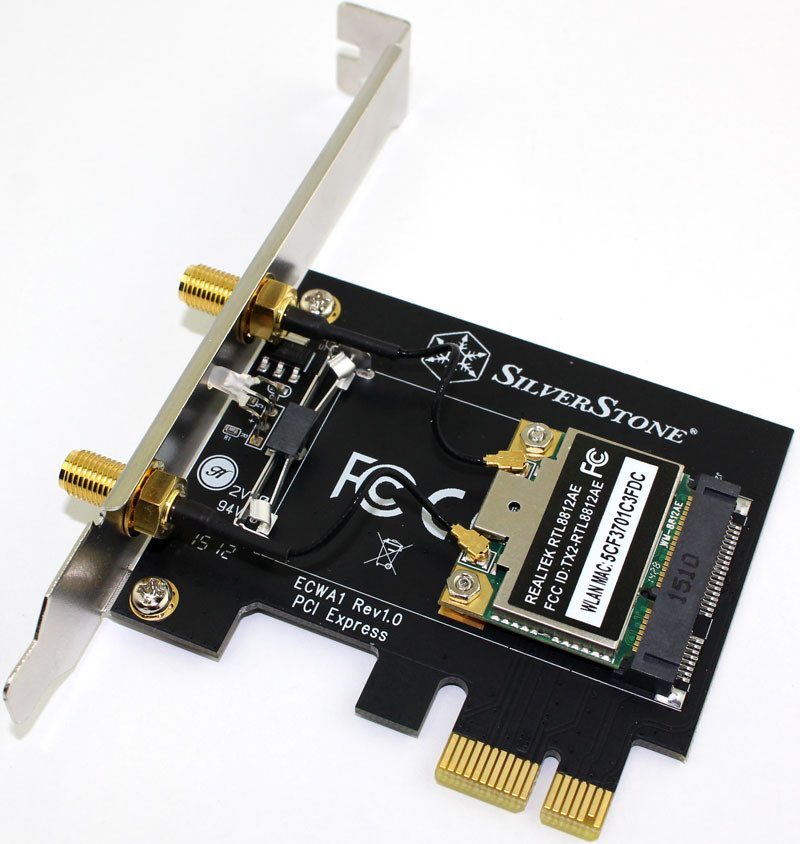 The Mini PCI-E adapter card can naturally be used with other types of cards too, but the included antennas and holes on the slot cover make it optimal for just this. The same way, the Mini PCI-E WiFi module can be used on other adapters and directly in slots that support it: such as in notebooks and laptops.

The specification as taken directly from the manufacturer supplied information and can as such be subject to change in future revisions of the product.

The SilverStone ECW02 Wi-Fi 802.11ac mini PCI-E module comes in a simple brown package with basic information on both the front and rear. It is nothing spectacular, but it is plenty and we get all the important information right away. 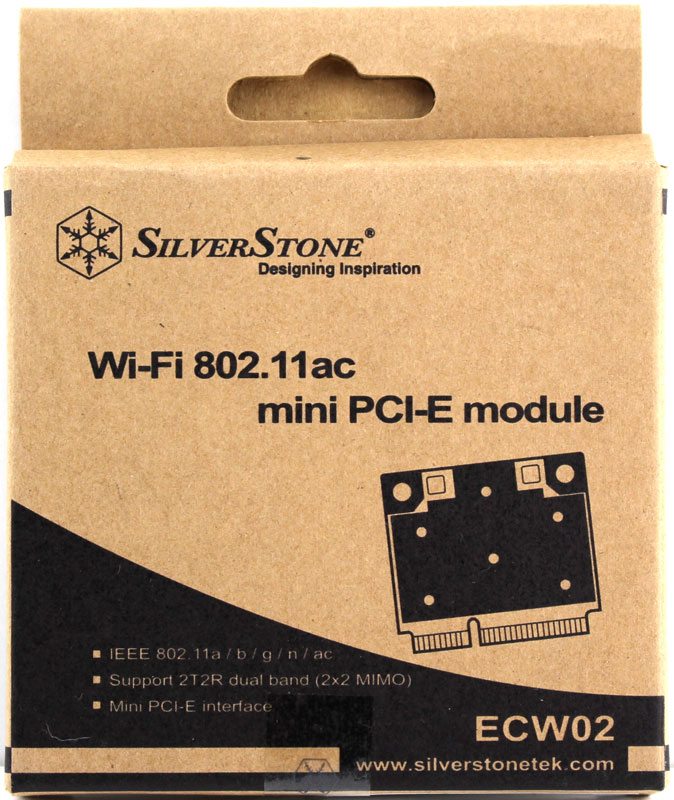 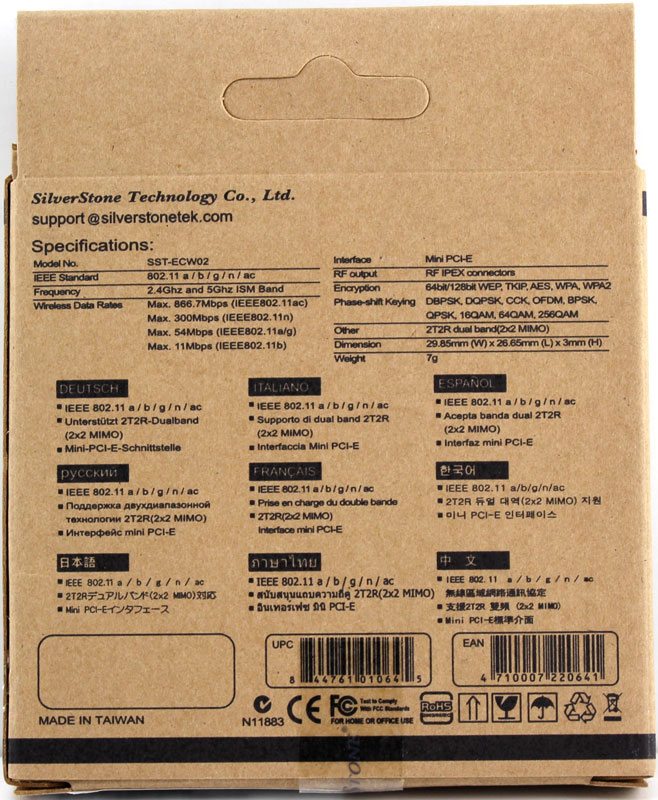 The ECWA1 mini PCI-E adapter comes in a more fancy package. The front displays a clear image of the product along with the basic features and specifications. 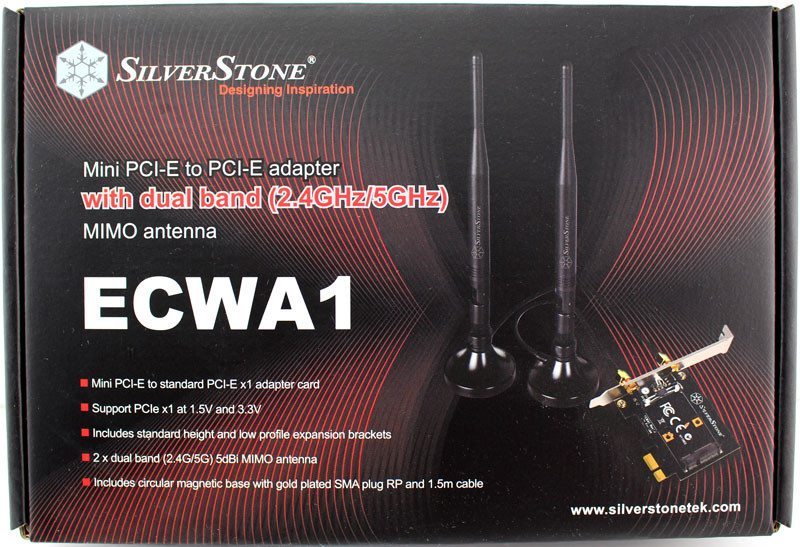 On the rear of the ECWA1 package, we find all the detailed information that we might be interested in before a purchase, such as the antenna specifications. This is an important factor in my opinion and something a lot of manufacturers of such devices forget to add. It’s nice to see SilverStone adding it all. 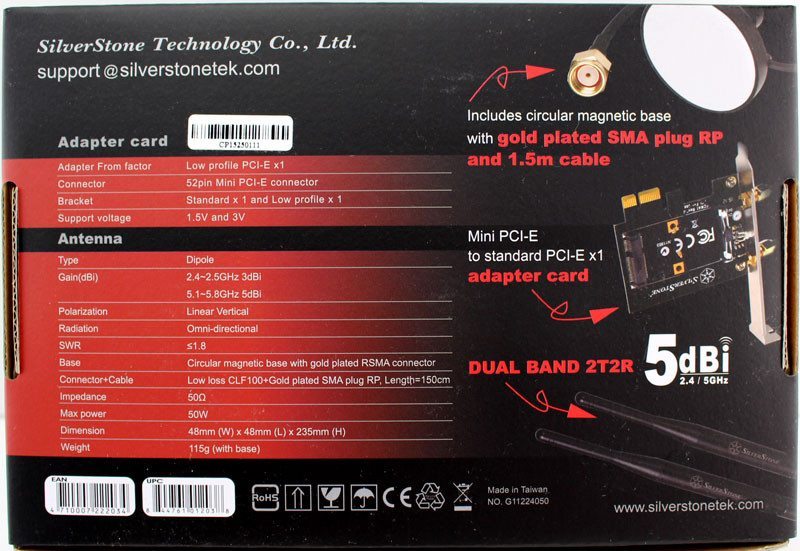 Inside the package we find the two antennas, two magnetic feet, a low profile bracket for mounting the adapter in a small form factor chassis as well as screws to secure the mini PCI-E module, and a manual. 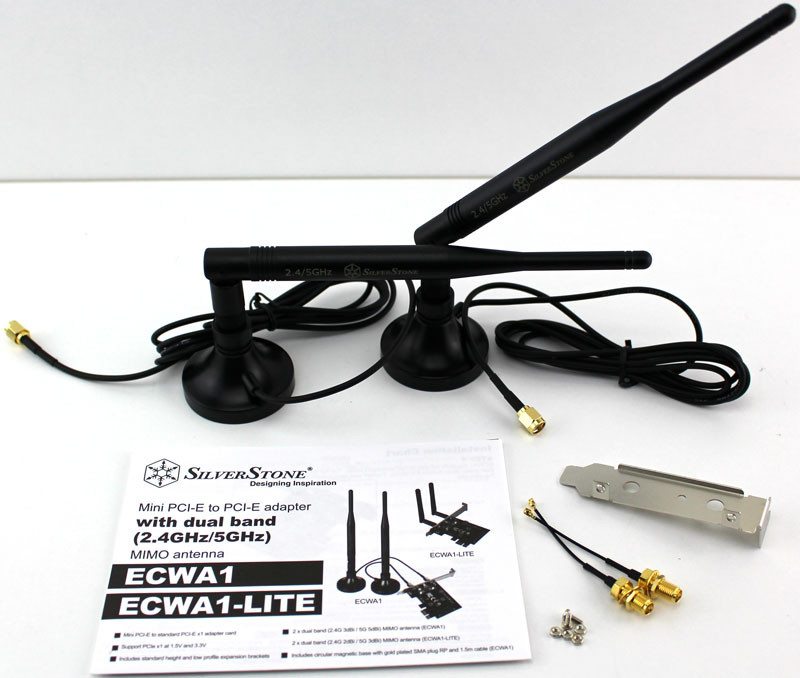