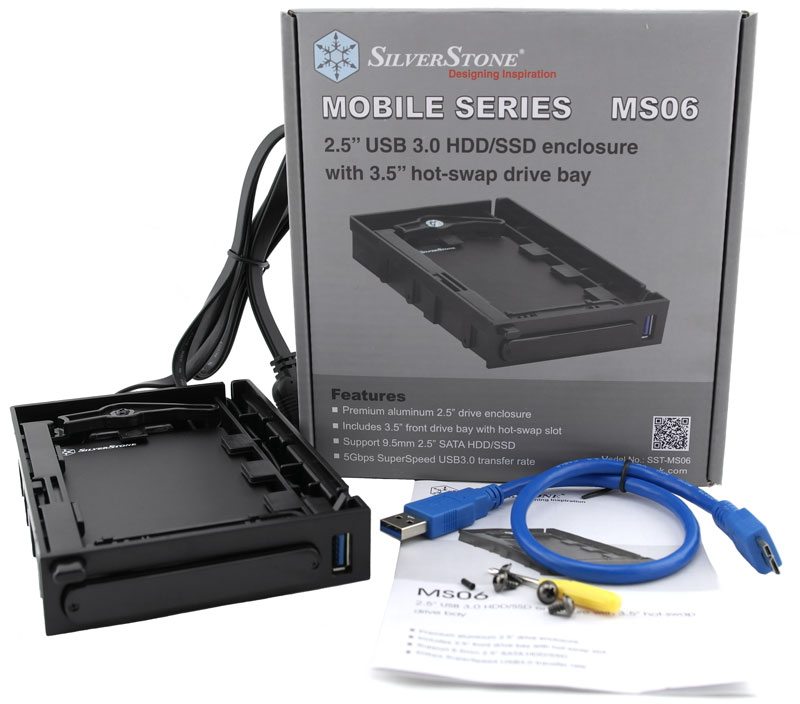 Drive enclosures aren’t anything new and neither are hot-swap drive bays, but it is rare that we see the two combined in the way Silverstone has done with the MS06 2.5-inch USB 3.0 HDD/SSD enclosure with 3.5-inch hot-swap drive bay. Now that’s a really long name, so I’ll just refer to it as Silverstone MS06 from now on.

It is great to have a drive in an ejectable enclosure so you can take it with you on the go, but it isn’t everyone that has the same docking system. In fact, it will most likely be difficult to find anyone among your friends who uses the same system. At least this is the case when we talk traditional hot-swap bays. To combat this issue, Silverstone created their MS06 enclosure on a pure USB 3 basis that in return allows for full compatibility with almost any system. When you leave your home, you just press the eject button, grab the drive and the included USB3 cable and you ready to head out on your adventures.

Silverstone used a USB 3 micro B-type connector on the enclosure and it is also this connector that plugs the drive into the docking bay. Internally the enclosure connects to a USB3 header on your motherboard, which by definition is a dual header. To not waste that second connector, Silverstone used the extra space on the 3.5-inch docking bay for an extra USB 3 port. A simple but smart and effective way take advantage of everything we have at our disposal. The eject mechanism is a simple mechanical function and works very well. 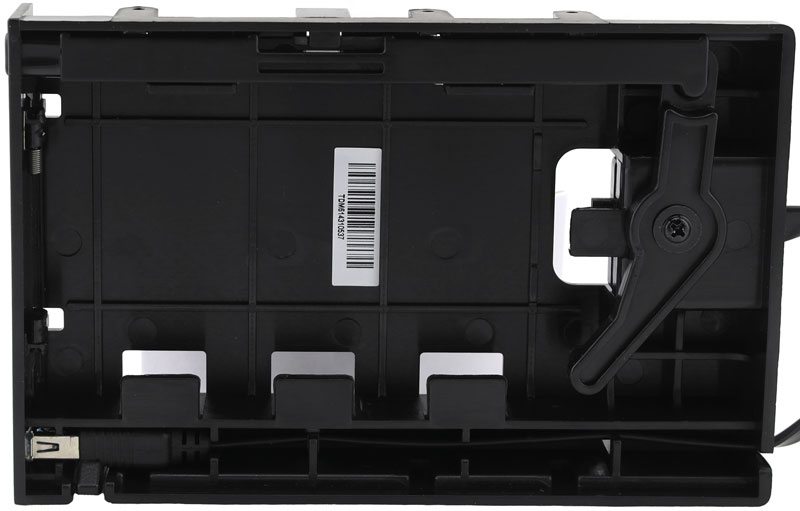 Inside the enclosure Silverstone used the JMicron JMS567 SATA to USB3 controller, a good choice. The JMS567 has UASP support, is windows hardware compliant and backward compatible. It also supports a lot of add-on functions from SHA encryption to NVRAM addition, but what features it has depends on the package.

There was paid attention to both big and small details on the Silverstone MS06 enclosure. Except for the two ends, the entire enclosure is made from a single piece of aluminium that makes it sturdy, good-looking and light as well as helping with drive coolign. Inside is a foam pad to keep the inserted drive firmly in place. Silverstone also included everything you need to hook the enclosure up to your system, from extra screws to a tiny screwdriver to fit the tiny enclosure screws.

The Silverstone MS06 enclosure is a unique solution to a problem you maybe didn’t even knew you had, that is until now.