In my experience the following general relationships apply between noise levels and fan speeds, though it can vary greatly between the type of fan used. 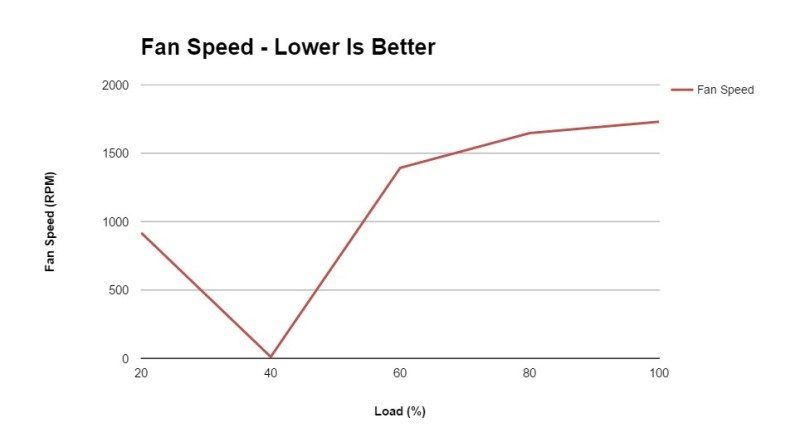 OK, things look a little crazy here, so let me do some explaining. The fan seems to tick on and off infrequently between 20% and 50% loads. They said it’s a hybrid fan, but the fan does tend to kick in after just a few minutes of usage. If it’s a cool day and you’re only checking your emails, maybe it won’t spin up, but if you’re gaming, it certainly will spin up the fan; the fan peaked at 1600RPM