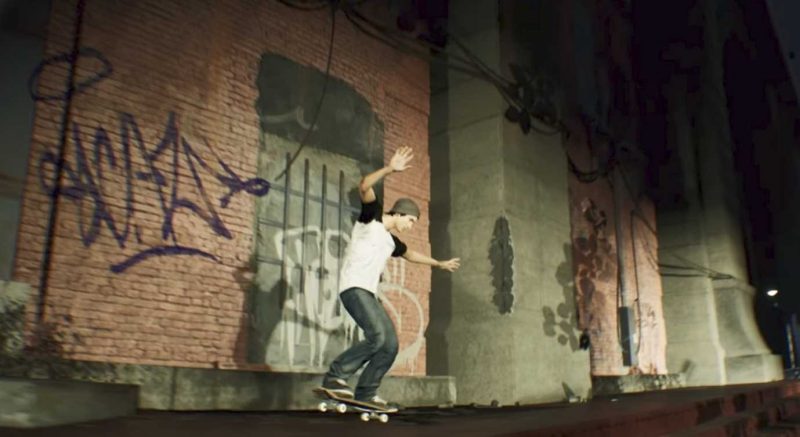 It is an open world like game. It is also powered by unreal engine 4 that utilizes and uses real-world physics. As the Kickstarter isn’t due to launch until November 21st, there is currently a demo you can try before backing the development.

Recent reports have stated that VG24/7, the developer’s Marc-André Houde spoke to The Berrics in late December 2016 about session’s development. This is what he said about the chances of a story mode being implemented into the game.

“There’s no real story, but this is still something that we are super open to. A lot of players are asking. They would like to maybe live the life of an amateur skater going Pro, so this is a really interesting part. How we envision Session and the way the game is designed, this is definitely something that we can add on later.”

“I really like the Berrics concept: One hub to bring everything together, skaters and brands. It’s like that for Session, you have the core, you have the spots, you have the controls, but over this you have some virtual designs and you have some challenges. You have your friends, your crew. You can go shop. So a story can just be another layer on top of all these possibilities. The player is fully customizable so you’ll can make your own character and customize it as much as you want.”

What do you think so far? Are you looking forward to this game? Think it’ll be another Tony Hawks 5? Let us know in the comments below.