SkullConduct Could Prove Your Identity by Bouncing Sounds Off Your Skull

When it comes to proving who we are, people are constantly looking for new technologies to help battle unauthorised access to everything from our bank accounts to our offices. While some have relied on matching your fingerprint or even your iris, others are looking at the unique sounds that you make when sounds come off of you. That’s where SkullConduct comes in, offering users the ability to identify themselves through the sound that comes out of their skull. 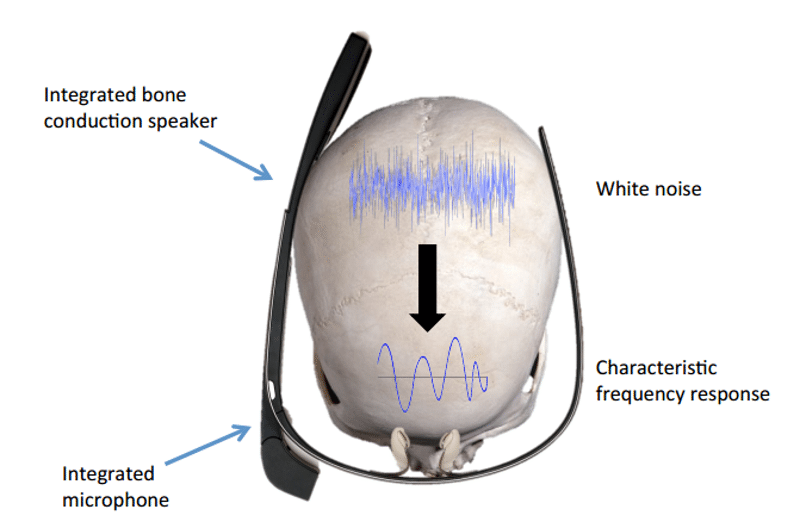 Sounds kinda creepy doesn’t it? But the researchers behind SkullConduct have tested out their work on a modified Google Glass headset, with the simple addition of a conduction speaker and microphone to the headset, meaning that when it emits a sound into your skull, it can record the sound and match that in future, giving you a unique sound that can be used to help unlock and protect yourself in this digital era.

Currently, the technology has been tested with 10 participants, but with a 97% accuracy rating its starting to look promising. With confidence the researchers have stated that the sound that’s recorded and measured is unique, meaning it would be rare for someone to be able to replicate the sounds you generate.

With security needs increasing, the use of sound and passive authentication techniques (those that don’t need direct input such as the identifying headphones) looks to replace the generation of four digit passcodes and 8 character passwords.