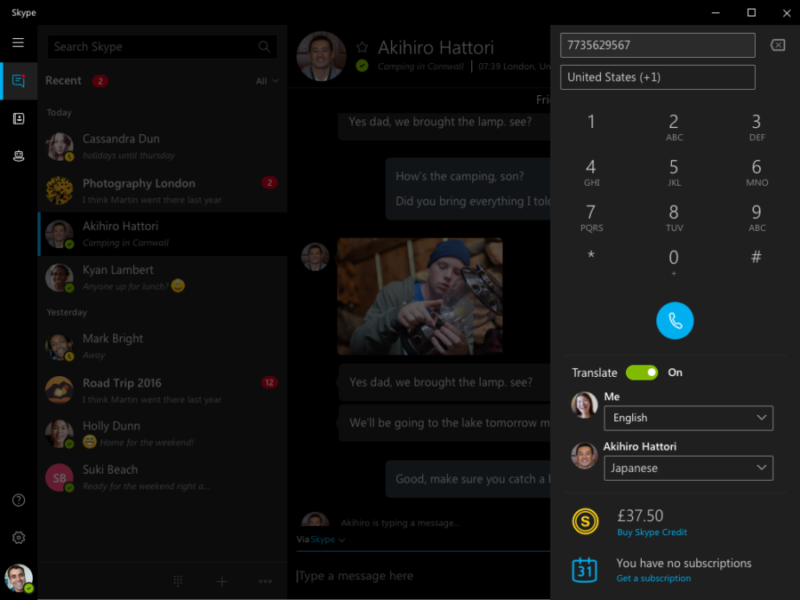 Microsoft’s video/phone chat software Skype has finally added Japanese to its set of live voice translation feature. This makes Japanese the tenth language added to Skype’s repertoir since launching back in 2014, joining English, Spanish, Brazilian Portuguese, French, German, Italian, Mandarin Chinese, Arabic and Russian. According to an official blog post from the Skype team, adding Japanese real-time live translation is a bit more difficult than other languages just as it is one of the most difficult languages for native English speakers to learn due to an entirely different grammatical structure and vocabulary. Japan is a favorite destination for both tourism and business however, so this new voice translation addition opens up a lot of potential benefit for the video/phone chat software.  Skype added the Japanese text translation through their Word Lens app back in January but now that voice translation has been added, users have more options when they are traveling to Japan or simply having a conversation with a Japanese person.

Aside from the real-time live voice translation, Skype also has the capability to live translate written language through instant messaging and has a greater language capability with that feature. Skype currently supports 61 languages for text translation including exotic ones such as Klingon (plqaD), Yucatec Maya, Welsh, Hmong, Kishwahili, Latvian, and Queretaro Otomi. To try out any of the Skype voice translation feature, simply click on the globe icon on the Software and it will work automatically, making conversing in another language completely effortless.