Microsoft has introduced Skype’s real-time live translation feature back in December 2014, initially able to only handle Spanish and English but has since expanded to include French, German, Chinese (Mandarin), Italian, Portuguese (Brazilian), Arabic, and Russian languages. It has now expanded even further by allowing users to use the live translation feature when calling a landline or mobile phones. This feature was only first available in Skype-to-Skype calls. 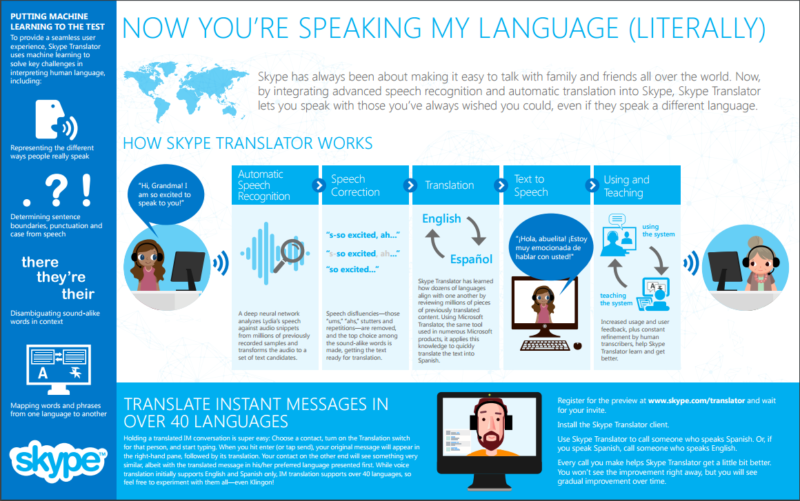 The live translation feature works through machine learning, so the more it is used, the better it is at doing its job. The speaker’s input is analyzed and fed into a deep neural network that cross references it with snippets from millions upon millions of samples. It then processes the input to remove extraneous utterances such as ‘uhm’ and ‘eh’ before translating into processed text. A built-in text-to-speech engine then parses the result and plays it back to the receiver.