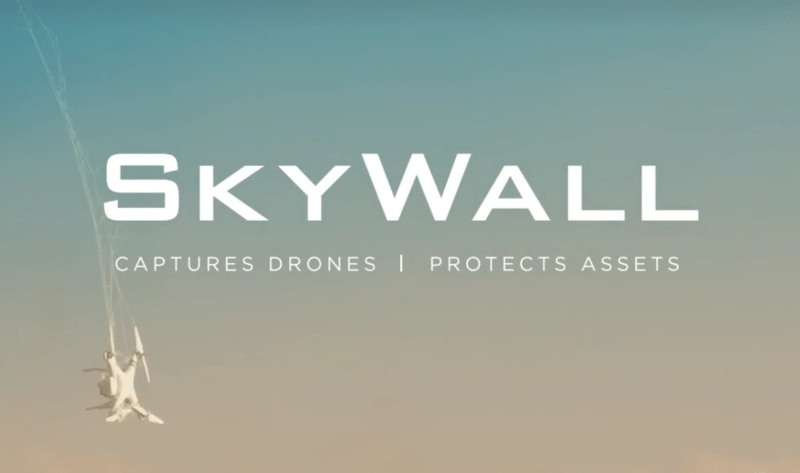 There are many “guns” being developed to deal with inappropriate drone usage, mostly making use of high-tech jamming techniques in order to cause the drone to lose control. The side effect of this is that it generally results in the destruction of the drone as it crashes, making the craft harder to investigate. This is where the SkyWall comes in.

Developed by UK-based OpenWorks Engineering, the SkyWall100 is designed to be used by security forces looking to neutralize and capture drones that threaten government security, deliver contraband and spy on private property. Looking like a gun out of a sci-fi movie, with a side-mounted smart scope and a large barrel, the SkyWall approaches drone neutralization physically instead of jamming or other techniques. “The SkyWall concept is simple; physically deliver a counter-measure up to the target. Capture a drone in a net and land it safely with a parachute.” reads the company’s site. “SkyWall gives you a physical barrier in the sky. The system can be rapidly reloaded, allowing multiple drone threats to be engaged by a single operator.”

The SkyWall uses a laser-equipped smart scope in order to acquire targets, at which point it fires a smart projectile from the barrel in a way similar to an air launcher. The projectile can then track the drone, releasing its net payload at just the right time to ensnare the drone and deliver it back to the ground. The device has a range of as much as 330 feet, as well as being almost completely silent and creating no RF or GPS interference, making it suitable for almost any environment.

Scheduled to be on public display at the UK Home Office’s Security and Policing Event next week, OpenWorks hopes that the first commercial versions of the device could be in use as soon as the end of the year.