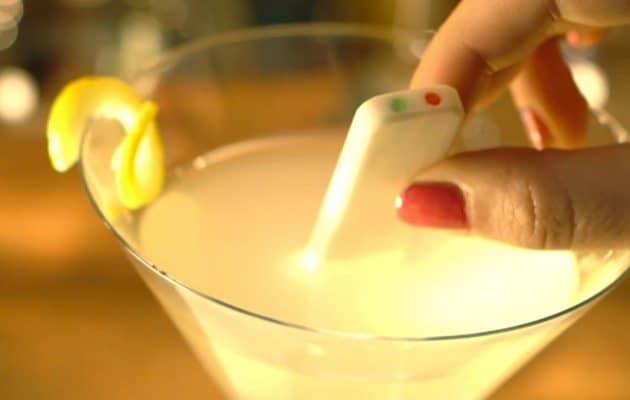 A device that tells if your drink has been injected with a noxious device, or spiked for short, has appeared on Indiegogo, aiming to rise about $100,000. Its name is pd.id (Personal Drink ID) and is said to have the size of a pack of gum, blinking red in just a few seconds if dipped into a drink which has a contaminant.

Its creator, J. Davids Wilson, said that the hardware uses the same tech as the US DEA, but shrunk down to a smaller than usual size. It works by analysing the sample taken from the drink, its density, resistance and temperature in order to determine if a foreign agent is present in it, such as rohypnol.

Once (and if most likely) the crowdfunding sum of $100,000 is raised, the team is said to bring the gear to the market in just six months. The starting price for the pd.id is said to be set at $75 per unit and yes, the device is reusable, so you won’t have to pay that sum after sampling every drink. The device, ridiculous as it may be, should be a nice addition to have when going on a night out in the club or parties. After drinking a few, you never know everyone’s thoughts around you. Just be sure not to lose the device in a drink.