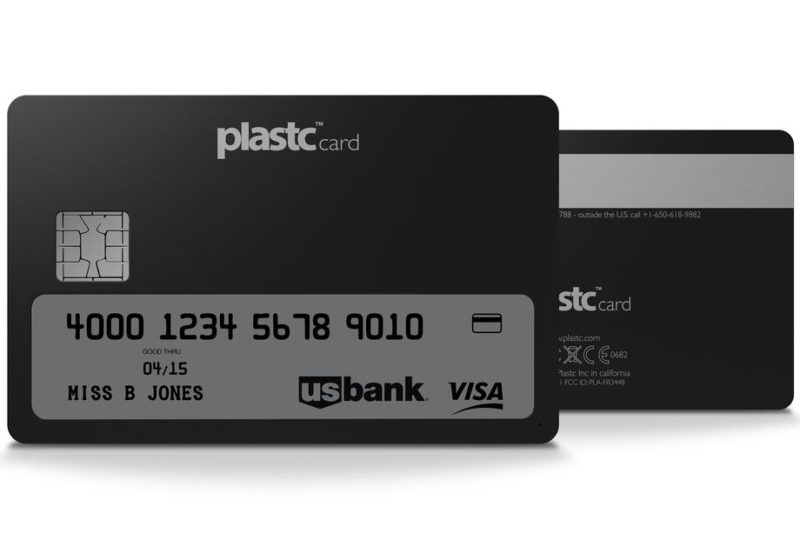 It sounded like a great idea: having a single Smartcard to replace multiple credit cards; less cards to carry and manage. This was the idea of a startup company called Plastc Inc, who has raised more than $9 million in pre-order sales across 80,000 backers but as of Thursday, April 20, the company and the Smartcard idea is no more. Plastc Inc has sent out an e-mail and posted a message on their website Plastc.com that the company has filed for bankruptcy and will not be delivering a single smart card to any backer.

“It’s been a long road with a lot of obstacles. The support of our amazing backers has been incredible, which makes this announcement even harder. We were so incredibly ready for production in order to hit our deadlines but without capital it is impossible for us to move forward and we will not be able to fulfill any pre-orders.”

“We are disappointed and emotionally distraught, and while we know this is extremely disappointing for you, we want our backers to know that we did everything we could to make Plastc Card a reality,” The company said on the apology letter sent out. 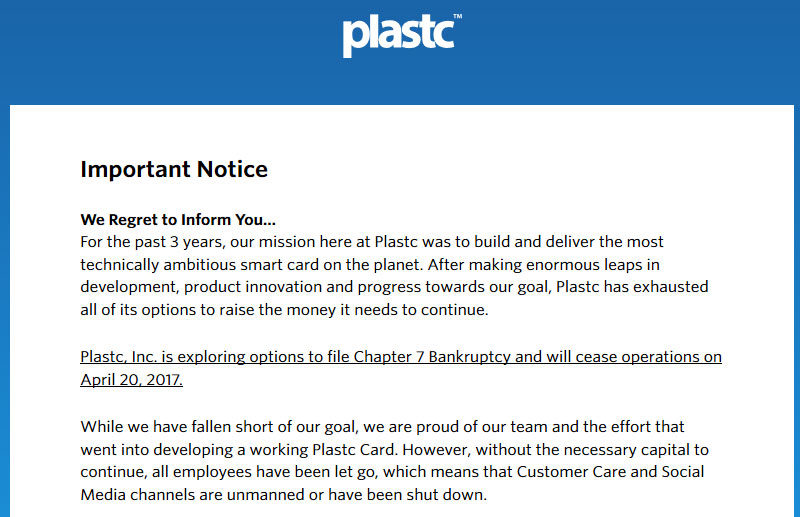 This is not the first time a SmartCard idea failed interested investors. Kickstarter project Coin launched earlier this year shut down almost immediately by February, although unlike Plastc Inc, they were able to actually ship some of the product to some backers. They have stopped supporting the products delivered and honoring warranties however and the website OnlyCoin.com has now gone offline.