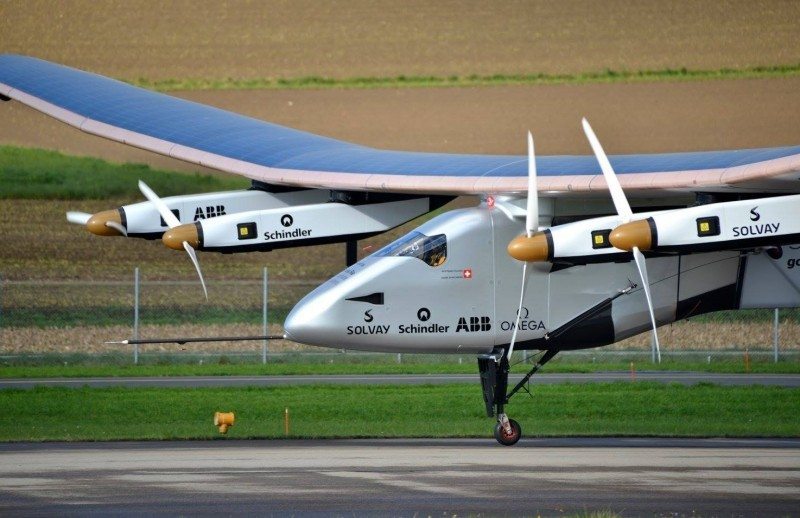 As part of an ongoing effort to fly across the world on solar power alone, the Solar Impulse 2 aircraft has recently completed a 5-day journey from Japan to Hawaii. The aircraft originally departed from Abu Dhabi in the United Arab Emirates in March, and it was scheduled to complete a tour around the world before July. Unfortunately, certain delays forced the project’s creators to take a few steps back, and it looks like the trip will actually end sometime in 2016. Nonetheless, what Solar Impulse 2 managed to achieve so far is extraordinary.

The aircraft’s wings and fuselage feature more than 17,000 solar cells that harvest the sun’s energy as the day goes by in order to provide power to the engines during the night. Since it uses no fossil fuels whatsoever, the plane is much slower when compared to conventional aircraft, which is why it needed 118 hours to get from Japan to Oahu. Furthermore, it can only accommodate a single pilot at a time because of its very strict payload limits. One of the project’s two pilots, Bertrand Piccard, stated the following in a blog post:

“This oceanic flight to Hawaii demonstrates that if technological solutions exist to fly a plane day and night without fuel, then there is potential for these same efficient technologies to be used in our daily lives, and to achieve energy savings to reduce CO2 emissions.”

The team obviously still has a lot of work to do. It needs to make sure that Solar Impulse 2 will actually complete its journey, and then it will have to improve its overall speed and efficiency. This endeavor will require a few years of hard work in order to be complete, but the result could be something quite revolutionary.