Solid And Liquid Snake Read ‘The Night Before Metal Gear’ 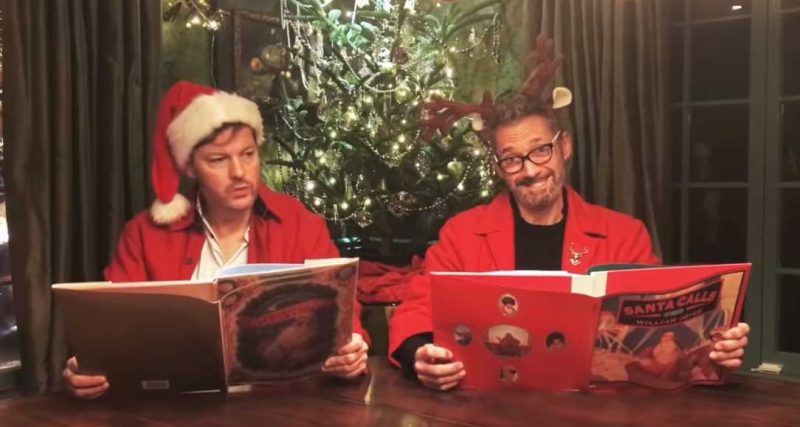 The Night Before Metal Gear

With Christmas coming, it’s not unusual to see a few parody videos pop up on the internet. For fans of Metal Gear Solid though, you are certainly not going to want to miss this one. Following on from the success of his Halloween reading, Cam Clarke, the voice actor of the legendary Liquid Snake decided that it was perhaps a good idea to make a Christmas reading video as well.

This time though, he brought in a little reinforcement. Namely, David Hayter. Yes, the voice of Solid Snake!

Yes, reading their Metal Gear Solid themed Christmas story, Liquid and Solid snake find themselves reunited over 20 years since the game that shot them both into gaming history was released. Admittedly, in terms of Metal Gear, David Hayter has been the busier of the two. Spoiler alert – Liquid died in Metal Gear Solid. It is, however, great to see that they are both still more than happy to reprise their roles for the sake of nothing more than pleasing the internet.

In fairness, I would’ve liked to have gotten an HD remake of the original MGS game, but in truth, this makes up for it more than a little. All they need to do next year, if possible, to get the voice actor behind Solidus Snake on board then we can have a near full family reunion. For the moment though, I daresay we’re all more than happy with just Les Enfants Teriblés!

What do you think? Impressed with the video? Which other gaming voice actors would you like to see read a story? – Let us know in the comments!