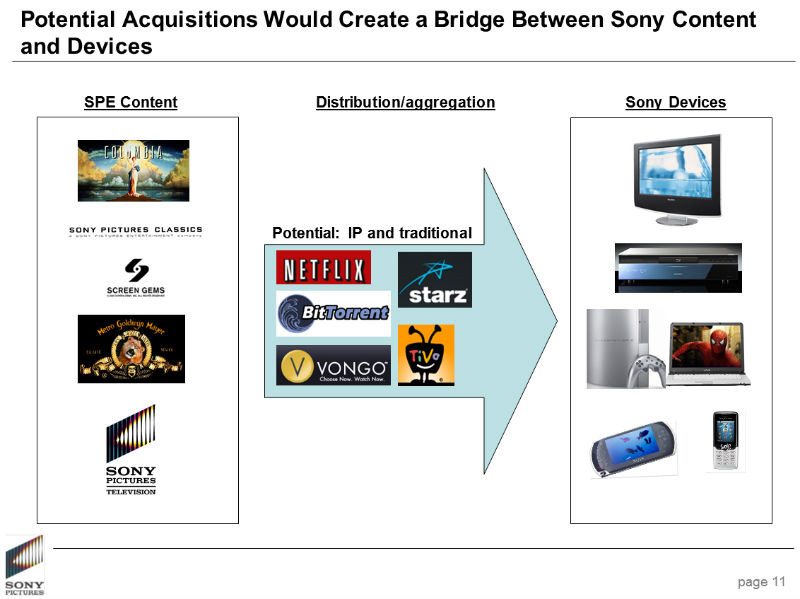 Sony Pictures seriously considered the acquisition of BitTorrent Inc. according to leaked presentation slides procured from TorrentFreak. The documentation shows Sony Pictures added BitTorrent Inc. to a shortlist alongside Netflix, TiVo, Vongo and Starz to help diversify their business. This strategy was outlined in 2006 and set aside $2-4 billion to acquire the business and offer video content through streaming technology. The idea was to integrate streaming capabilities into set-top boxes and Televisions. Sony also received information about BitTorrent’s plans to create a video store, but this never came to fruition.

Eventually, Sony dismissed the investment opportunity and purchased Grouper and a 25% stake in Starz Media. While BitTorrent can be used for legal activities such as downloading Linux distributions, it’s widely adopted as a means to acquire copyrighted material. On another note, Sony must be kicking themselves for missing out on the potential of Netflix which is arguably the future of video content. However, Netflix was still in its infancy at the time and didn’t provide any major streaming services.

The course of events is quite intriguing and emphasizes how different modern media could be if decisions were changed a few years ago. Whatever the case, it seems BitTorrent usage is still rife, and Sony could only dream of matching the popularity of Netflix. 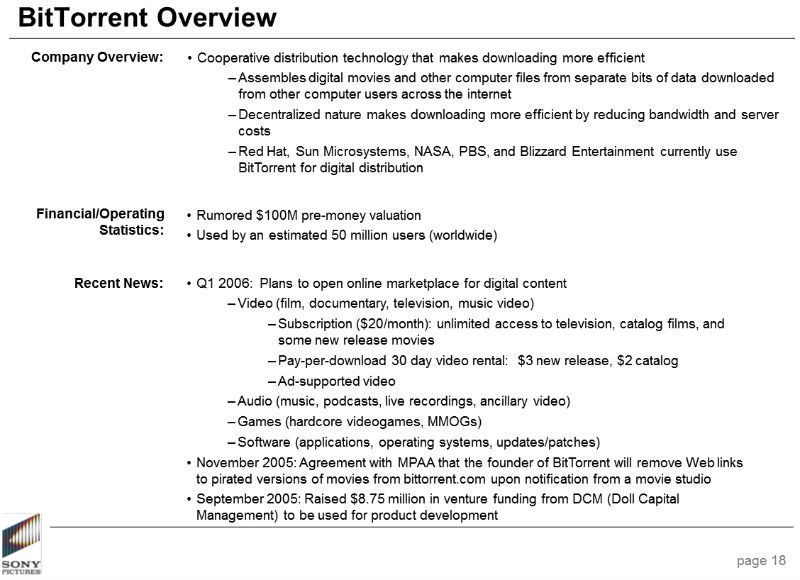