Soulsbourne No Damage Run Ends In Disaster To Tutorial Boss 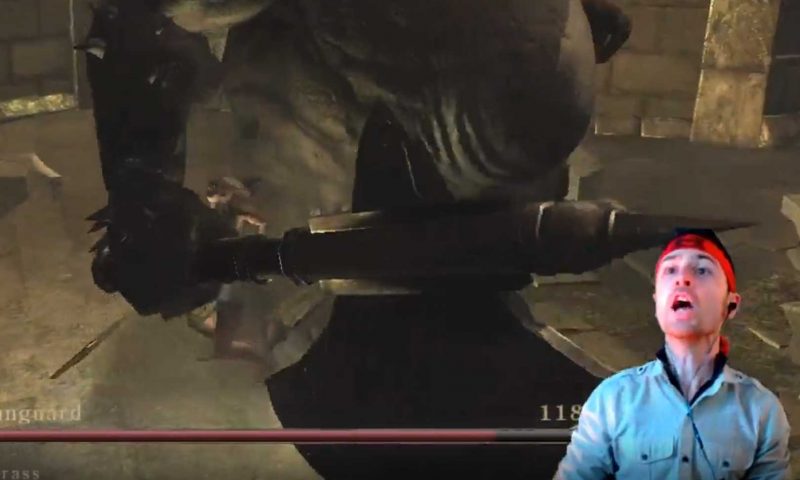 When it comes to speedrunning and gaming achievements, the challenge provided by the Dark Souls and Bloodborne franchise makes it one of the most popular categories. In this regards, Twitch streamer ‘The_Happy_Hob” has quite a significant following. In 2016 he jumped to notoriety for being the first to complete an ‘all boss/no hit’ run of the Dark Souls series.

Deciding to up the ante a little, he added both Bloodborne and Demon Souls (the grandfather of the franchise) to the roster. His mission was simple, beat all of the games, kill all of the bosses and take no hit damage. I say no hit damage as I think falling damage is permissible.

Having completed all of the Dark Souls and Bloodborne bosses successfully, in his most recent run, he decided to finish it off with Demon Souls. Encountering A boss (essentially known as a tutorial), however,  the Vanguard managed to sabotage his efforts!

Vanguard is essentially an optional boss who is meant to more act as a ‘welcome to Demon Souls’. The boss itself isn’t particularly difficult and poses more of a challenge in the debris he can randomly send flying. It wasn’t this, however, that caught ‘The (not so) Happy Hob’ out. While performing a number of Halbard pokes and dodges, he accidentally got caught on the bosses foot. Something certainly not uncommon for anyone familiar with the game.

Instead of outright hitting him though, his run was essentially ‘nudged’ into failure.

It’s gut-wrenching, and you can watch it happen in the clip above, but I’m sure he’ll be back to complete this epic challenge!

What do you think? Was this unlucky or just the nature of the franchise? – Let us know in the comments!