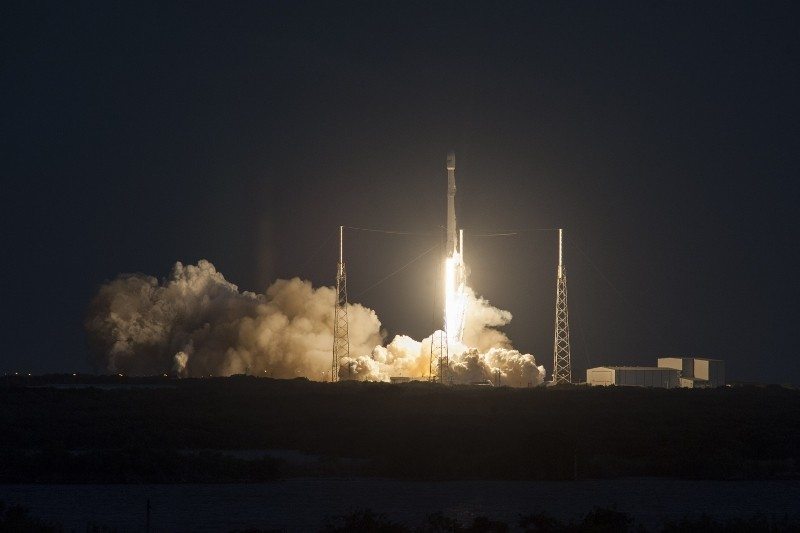 Once again, another successful launch by SpaceX, and sadly, another failure to land their Falcon 9 rocket on a drone ship at sea. Elon Musk, CEO of SpaceX, said that the Falcon 9 rocket had “landed hard on the droneship.” SpaceX had expected this landing would likely fail due to the mission requirements set out, including a very hot reentry and lack of propellant to arrest momentum.

This marks the fourth attempt by SpaceX to land a Falcon 9 rocket on one of their drone ships, and sadly, also the fourth failure, despite the third attempt coming very close. This landing would be especially difficult for the rocket as the SES-9 is a larger and heavier satellite than those previously launched, as well as targeting a higher orbit than most, requiring the Falcon 9 to travel a lot faster and consequently, burn more fuel that could be used to slow the rocket’s descent.

Rocket landed hard on the droneship. Didn't expect this one to work (v hot reentry), but next flight has a good chance.

Despite the failure of the landing, the mission was a success, with the SES-9 satellite was delivered to a high enough altitude that it can now use its own power to arrive in the intended orbit. Once in position, SES-9 will loiter at 22,000 miles above the equator, able to providing a satellite communication service to Northeast Asia, South Asia, and Indonesia.

This failed landing certainly won’t be SpaceX’s last attempt at landing the Falcon 9. Whether the next landing will be another sea landing or a return to the already successful ground landing remains to be seen, but with an ISS supply mission scheduled for the next few weeks, we should know soon enough. Musk, at least, seems far more confident about this next landing being a success.