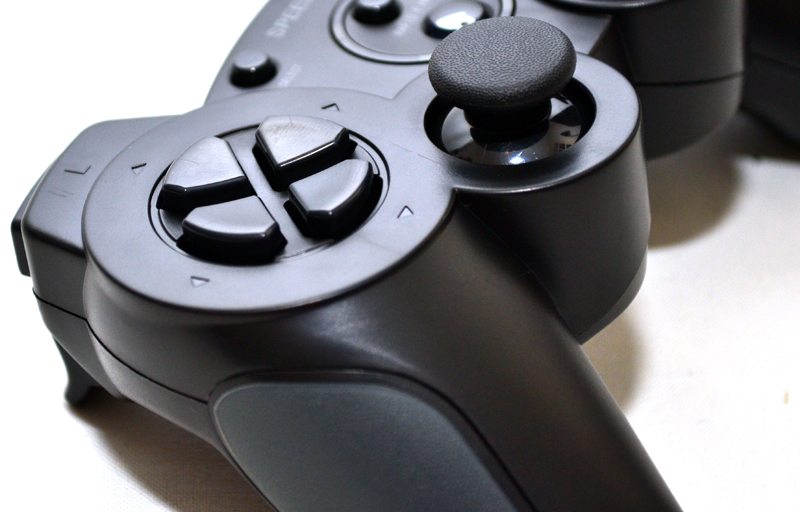 Speedlink are well-known for making 3rd party peripherals for games consoles and have done so quite successfully for many years now, offering (in most cases) a lower cost solution for consumers than you would find with first party solutions. This is a great thing consumers, especially when you see that official controllers for consoles often cost upwards of £50-60 and PlayStation 3 controllers still cost around £35 at most major retailers even after the introduction of the PlayStation 4. The Speedlink Strike FX-6 that I’ll be taking a look at today costs just £25 and while that doesn’t sound like a huge difference, I know there are a lot of people who would rather have the extra £10 left in their wallet after a trip to the shops.

There are many reasons for wanting a lower cost controller, the first one is obviously a financial reason, sometimes you just need a spare controller for the kids or a backup one should yours break. Of course cheaper is often associated with lower quality too, and as many of you will know, there is a reason that the official controllers cost more, they’re high quality and guaranteed to be compatible with your system. Today I’ll be looking for nothing less than on par or better performance than the official controller and expecting all features (or more) than you would find on the official controller, despite the lower cost.

Most 3rd party controllers are wired, most often in a bid to keep the cost down and make them a financially attractive option compared to their more expensive official counterparts, but the Speedlink Strike FX-6 is fully wireless using the same Bluetooth technology that you’ll find in the official controller, it also features 6-axis, rumble, a USB rechargeable built-in battery pack. Basically, it has everything that you’ll find on the official controller, the only two minor differences are that this doesn’t come with the USB cable and it also comes fitted with a rapid fire mode.

The controller comes packed in one of those awful blister packs that takes a chainsaw to break into, but at least the clear plastic gives you a good view of the product should be looking at it in a retail outlet. On the front you’ll see a few badges detailing the major features such as 6-axis support, Bluetooth and vibration. 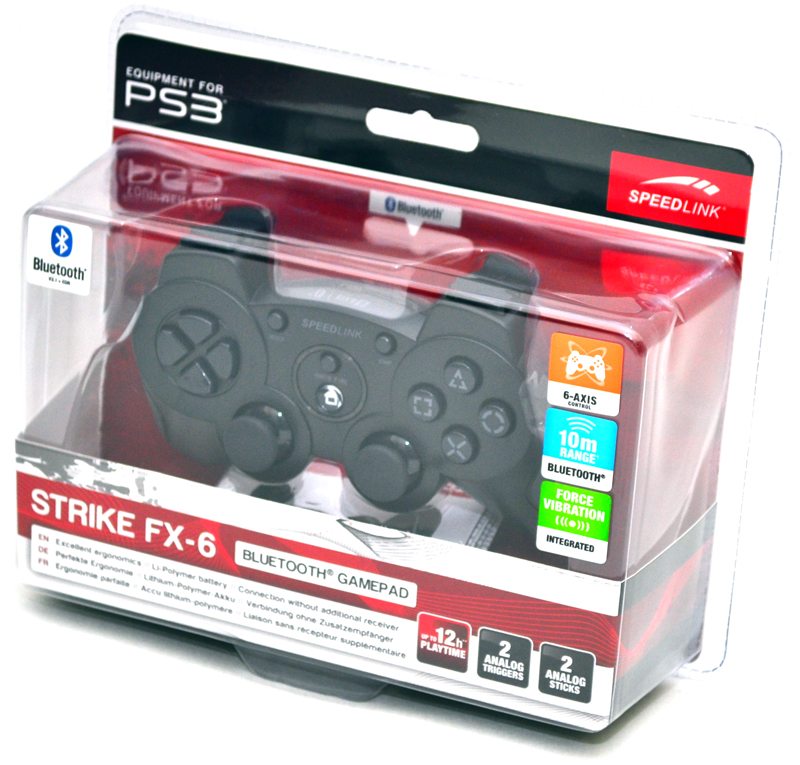