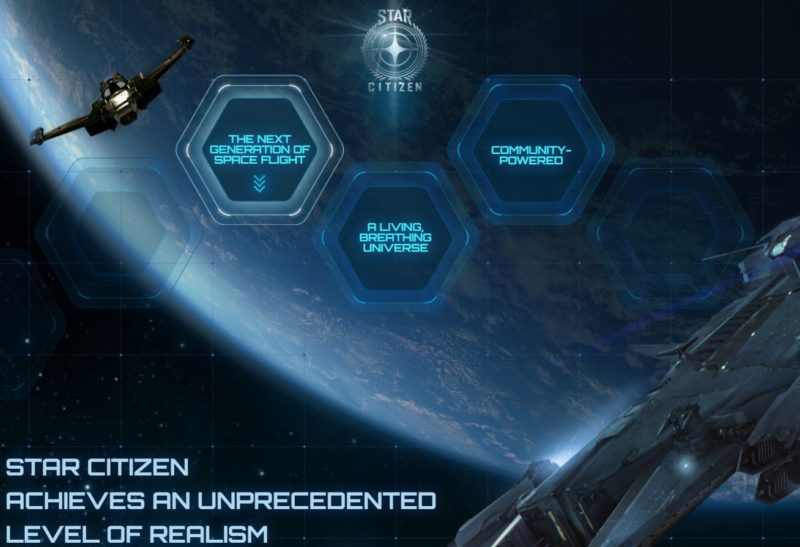 Cloud Imperium has certainly taken on one hell of task with Star Citizen, not only has the game now grown into multiple games with their FPS and spacefaring projects, but the ever growing list of stretch goals pushed the development further and further into the future as the game rocketed to being one of the biggest crowd-funded projects to date.

“Whether or not to share this kind of information has been a long running debate among the team here at Cloud Imperium Games,” Roberts said. “Target dates are not release dates, and everything you see will shift at some point, sometimes slightly and sometimes wildly. The danger in doing this has always been that casual observers will not understand this, that there will be an outcry about delays every time we update the page.” “We’ve taken stock, thought through everything and decided that, while that is a risk, above all we trust the community that has given us so much support,” he added. “The community that has let us focus our passions on this incredible project. You have allowed us to take this journey, you have tracked and followed so much of how game development works… and now we think it is right to further part the curtain and share with you our production process.”

He’s right, this is a risky move and it’ll likely cause a lot of upset, but if anything I do appreciate them being so open about the process. This game is a monster of a project and they’re aiming for quality more than anything; this isn’t another No Man’s Sky.

“But also, we would like to establish some ground rules before proceeding” said RSI

I. Quality will always be our number one goal. We set out on this journey by looking at the gaming landscape and asking: can we do better? We continue to ask that question about everything we do. As a result, we will ALWAYS extend timelines or re-do features and content if we do not feel they are up to our standards. The freedom to fight for a new level of quality in game development is what crowd funding has allowed us, and we will continue to fight to make sure Star Citizen is the best possible game it can be.

II. The estimates we provide are just that: estimates. They are based on our knowledge and experience, but there are many aspects of game development that are impossible to predict because they literally cover uncharted territory. You will see the same estimates we use in our internal planning, but it is important to understand that in many cases (especially with groundbreaking engineering tasks) these estimates are often subject to change due to unforeseen complexity in implementing features.

III. The time expected for bug fixing and polishing is also very hard to estimate, increasingly so in online and multiplayer situations. The complexity and the difficulty in testing at a large scale make it harder to reproduce and isolate bugs in order to fix them. We base our estimates, again, on our experience, but we also know that it’s possible for a single bug to cause a delay of days or weeks when a hundred others might be fixed instantly.

IV. Internal schedules, the ones you will now be privy to, tend to have aggressive dates to help the team focus and scope their tasks, especially in the case of tech development. Every team, even a team blessed with the kind of support and freedom you have allowed us, needs target dates in order to focus and deliver their work.

The update schedule is rather extensive, and you can view it in all its extensive glory right here on the RSI website.