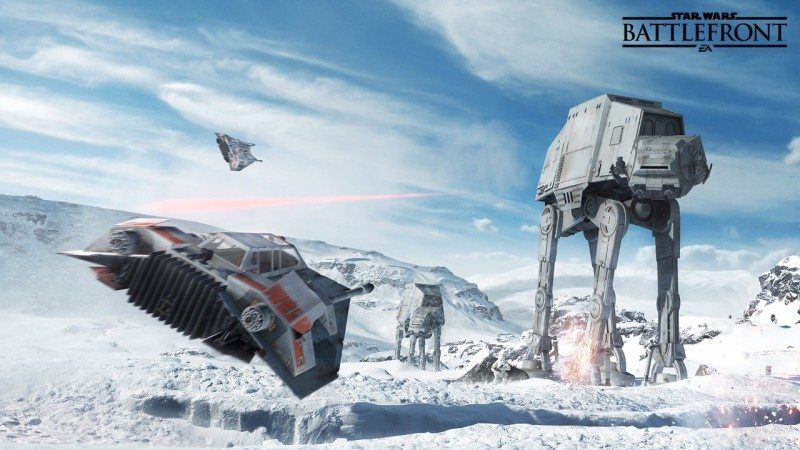 The sounds, the lasers firing and hitting everything but their target, the zoom of the speeder bike and pod racers as they flew past you. Everyone remembers them, once you have seen them (if you liked them or not) you were drawn to the shows as lights swirled around from the iconic weapons of the Jedi and Sith clashed. With the classic game series Star Wars Battlefront due an update courtesy of EA, the latest revelation is that the beta for the new release will be open to everyone, online and offline gameplay.

Included in the beta will be three distinct modes set on three planets, two of which are fairly iconic. First up you have 40 players fighting as Rebels vs the Empire on Hoth fighting to either destroy or protect respectively, then a quick flash across to Tatooine for a survival experience on your own or with friends to fight off everything from AT-ST’s to Tie Fighters. Finally set on the Sullust (a volcanic planet in the outer rim) will have two teams of 8 fighting over control of drop pods.

Excited yet? Then you will be overjoyed to hear that on Xbox One, Playstation 4 and Origin will all get access to the beta on October 8th, with the companion app giving you access to a strategic card game called Base command, with the ability to unlock weapons and credits for Battlefront.

Are you excited? Will you be supporting the Rebels or the Empire?

Thank you Star Wars EA for the information and the image.