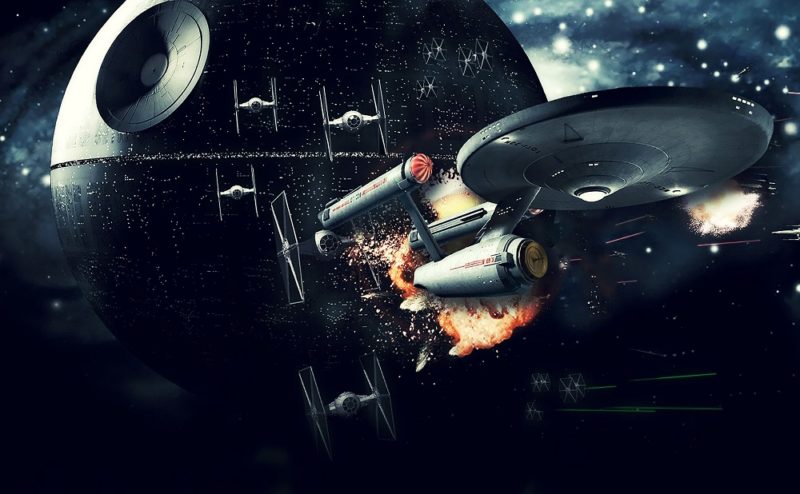 On 1st of July, two acquaintances – Bradley Burke and Jerome Whyte, inhabitants of the same emergency housing building – debated the merits of the two franchises. Their Star Wars Vs. Star Trek discussion soon turned ugly, and Whyte attacked Burke by attempting to choke him. Burke defended himself by grabbing a nearby pocket knife and warning his assailant off. Whyte cut himself trying to grab the knife before retreating. Police later arrested Whyte, charging him with assault and possession of marijuana.

The arresting officer determined “that the AR was the aggressor in this altercation”.

“Before the altercation broke out, the two men had been playing a Batman game on Xbox. Burk had asked Whyte how he did a particular trick on the game.

As they played, they were ribbing each other, dishing out insults like “joker,” and other names.

Eventually, some other friends of Whyte’s came over. The entire group got to talking about the two science fiction series. Burk, who preferred Star Wars, was arguing his side.

Burk then reprised the “joker” moniker, to which Whyte took offense, and felt that he had been disrespected in front of his friends. At that point, they broke out fighting.

“After that everything went to hell,” he added.”