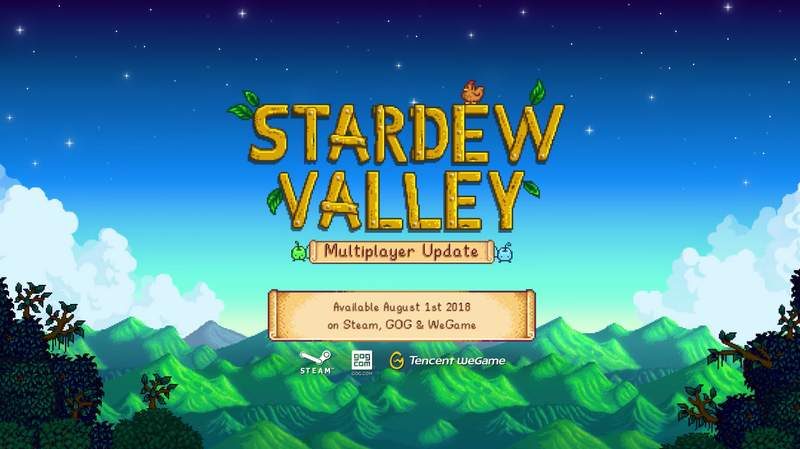 Highly popular indie gem Stardew Valley is getting its biggest gameplay update yet, in the form of a multiplayer feature. The game already delivers a lot more than just a simple farming simulator. However, it can get pretty lonely farming, fishing, and exploring mines alone. So this new update, which enables up to four people to play at the same time, is going to drastically improve the experience.

That is up to four players on the same farm, with all players sharing the same money and farmland. There will also be gameplay challenge customization features for the players. This includes the ability to scale things like profit margins and item costs. Which makes sense since having more players on the same farm can make some tasks too easy. This way, players can still be challenged and enjoy the game.

Is The Feature Available on All Platforms?

The only caveat with the update arriving on August 1st is that PC, MAC and Linux players will get it first. It is available via GOG.com, Steam or Tencent’s WeGame.

Console players of the game such as the PS4, Xbox One and Nintendo Switch would have to wait a bit longer. There is unfortunately no set date yet for the console multiplayer update at this time.