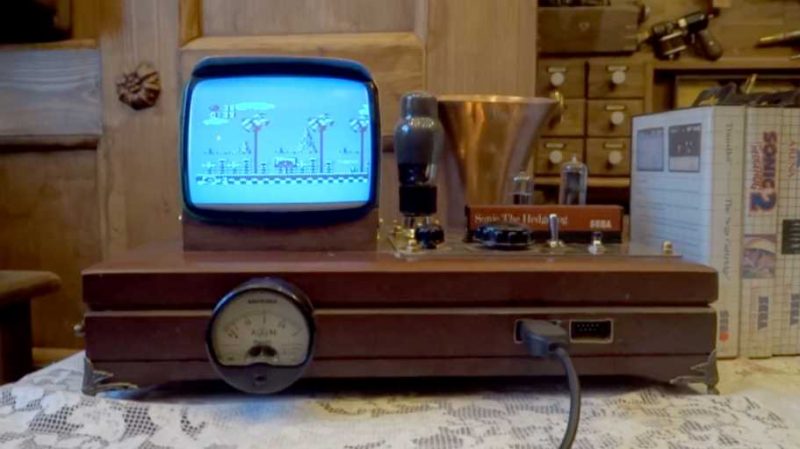 The Sega Master System was one of the most popular home systems in the late 80s and early 90s. Sega’s first venture into the home console market might have been humble. The Master System has, however, over the years garnered more than a little love from its fans. Unlike the NES, however, it’s a system that hasn’t really seen much attention from the modding community. Well, at least until now.

Following a post of their YouTube channel, artist Franklin Vanseizenberg Steampunker has created their very own ‘Steampunk’ version of the Sega Master System.

The design includes many of the features associated with the steampunk design aspect. We have dials, switches, brass plates, valves and more than a little copper. This system, however, is impressive in that not only does it cover all these aspects, but it’s also a fully-fledged and working Master System console that also has a build in screen. It’s not even strictly speaking an emulator as it runs off legitimate cartridges!

While I never personally owned a Sega Master System, it is great seeing such a classic piece of hardware get a ‘modern’ (is that the right word?) twist. Any way you look at it, the design is clearly impressive and we must give a big kudos to Franklin Vanseizenberg Steampunker for turning this ageing classic into this awesome set-up.

What do you think? Are you impressed with the system? Would other mods would you like to see? – Let us know in the comments!