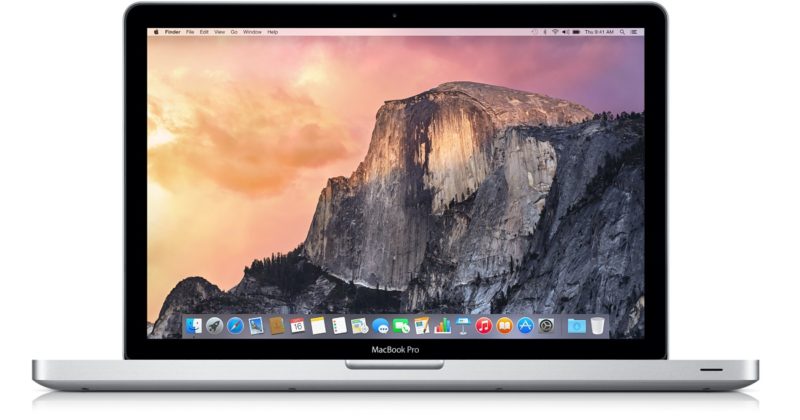 If you’ve bought a new MacBook Pro and you hear a strange popping sound, sadly this isn’t your brain kicking in, it’s your MacBook Pro. A new fault has been brought to light, further adding to the list of issues this machine already has.

Users of the 15″ MacBook Pro are reportedly hearing the sound during certain conditions and can be replicated quite easily according to some owners. It seems the issue comes to life under heavy workloads, perhaps when it’s trying to render something in a game (I stress, trying).

This has led many to believe that the issue is heat related, possibly a glue that has been used or expanding plastics and metal. It only seems to be affecting 15″ users too, perhaps because the actual weight of the display is obviously heavier than the 13″ model.

Some users have given their thoughts as to what the issue could be;

“I think the problem is actually from the hinges, as there is some natural flexing in the aluminum back of the display. I think the heat has affected the glue or some plastic mount in the display assembly.”

One user reported that after taking his MacBook Pro to the ‘Genius Bar’, that it would cost him to fix it, they said;

“I took my laptop in to the genius bar for this popping noise. They said it is caused by this small dent on the bottom casing hitting the fan. They told me I had to replace the entire bottom casing for $130. Not covered under warranty because it’s user inflicted damage / a wearable part.”

So not only is a widespread problem caused by a design flaw plaguing users, but it also seems that Apple is unwilling to fix the issue for free. I have a strong feeling that will change once more reports come in; Apple will be forced to repair or replace the units as this is very clearly a design or manufacturing flaw.

Do you have a MacBook Pro? Do you hear this popping sound?